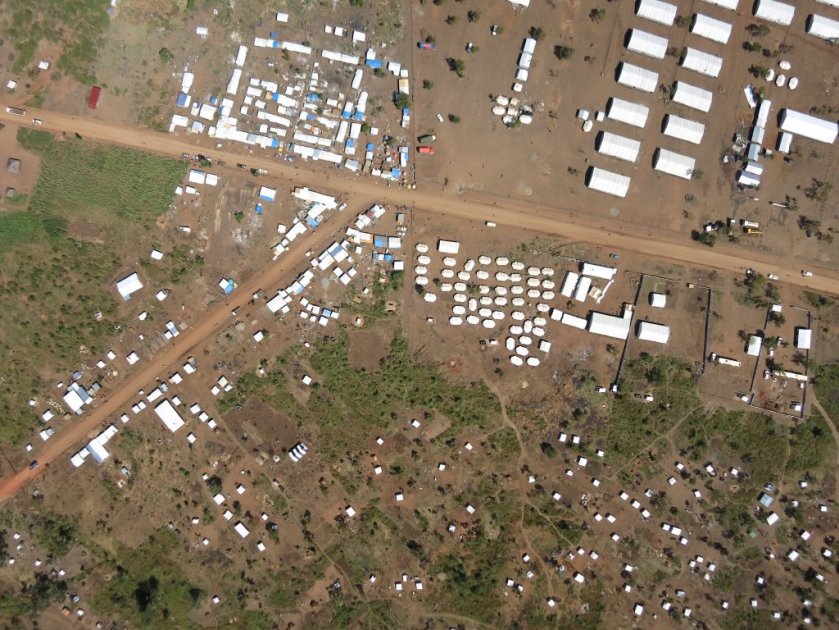 ROME, Italy, August 31, 2017 – The FAO Director-General José Graziano da Silva called for greater funding for a sustainable response to the refugee crisis in Uganda, after concluding a visit today to refugee settlements in the country’s north.

The Director-General also reaffirmed FAO’s support to the Government of Uganda in its compassionate asylum policy under which land is allocated to refugees for shelter and cultivation.

“Uganda’s refugee model is an example to the world.  It is vital that funds be mobilized to support this effort so that refugees can provide food for themselves sooner rather than relying only on food aid, and so that refugees and their host communities can have a real opportunity to overcome hunger and poverty,” said Graziano da Silva.

“Uganda is giving not only food and land but hope,” he added.

At Agojo, the Director-General helped distribute crop and vegetable seeds to more than 1,000 refugee and host community households. This support will enhance families’ nutrition, and generate income from the sale of any surplus.  At Mungula 1, he inaugurated a micro-irrigation project that will provide the refugee and host community households with a reliable source of water for their crops and animals.

“People don’t chose voluntarily to become refugees. We have a responsibility to help our brothers by giving them hope because it’s them today, but the situation could change tomorrow,” said Dr. Rugunda.

Under a new response plan, FAO is intensifying its efforts in providing livelihood assistance to refugees and host communities. The plan focuses on food and livestock production, nutrition, protecting the environment and enhanced technical support to the Government.

The Director-General’s visit comes after the UN Secretary General called on the donor community in June to strengthen their support to the refugee response. Uganda requires around $2 billion annually for 2017-2020 to address refugee needs, and donors have so far only pledged around $358 million.