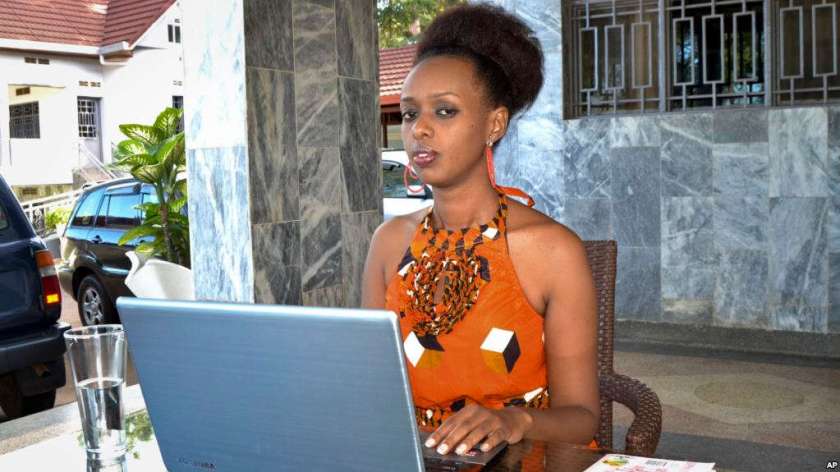 If you did not know, if you are real opposition to President Paul Kagame, you might be hunted, starve in jail or end up poisoned in the diaspora. This is evident in the past and now again in the present. In Rwanda, standing against the one man with heart, brain and control, Kagame, means losing it all or being left out from society. It is as if you are condemning yourself to treason and assault of your rights.

The newest candidate, who was a real opposition, bold enough to stand as a candidate on her own merit and independence was Diane Shima Rwigara. Her candidacy was by the Electoral Commission denied and revoked. She was under house arrest before and after the election; this has now ended, but not in positive way.

If you would think a person, getting 98% of the votes would feel like Teflon and feel on top of the world. Instead, he knows these numbers are not real and has to intimidate the ones who stands against him.

Now, there are reports from friends of the former Presidential Candidate Rwigara, that she are detained on an unknown place together with the family. The police on the other hand are saying: “The romour that is currently circulating that Diane Rwigara has been arrested is not true (1)” (…) “What is true is that police has conducted a search at her family residence as part of preliminary investigations (2)” (Rwanda Police, 30.08.2017). This here is ordinary, that the Police is deflecting the truth and trying to shield their activity against opposition. That is why Victoire Ingabire Umuhoza is behind bars on treason for trying to stand as opposition candidate against Kagame. Therefore, it is not like it new territory for the Rwandan Patriotic Front (PRF) and their head-honcho to push the boundaries of justice.

Therefore, to be honest, I do not have faith in the Rwandan Police to treat her fairly or with swift justification, since they have transgressed against dozens since 1994. The RPF and their squads know exactly what to do, to silence and making someone stop. The Police said their where raiding the home of Rwigara for charges of tax evasion and other trying to justify their breaking and entering. Still, the facts remain that the former candidate are now missing.

The truth tellers is not hired by the Police, neither by the authorities who are trying to deflect their activity and their misbehavior! This is not new and as long as Kagame is running the show, things will not be changing. Since he cannot stomach anyone standing against him, unless they are puppets for the mere show. To say something else at this point is ridiculous!

We can hope she reappear and the transgression against her will and her family will stop, but the authorities of Rwanda are without mercy. They will not do this unless they think they can intimidate her to silence. That is their end-game, to silence and stop the opponent to work against the almighty ruler Kagame. Peace.