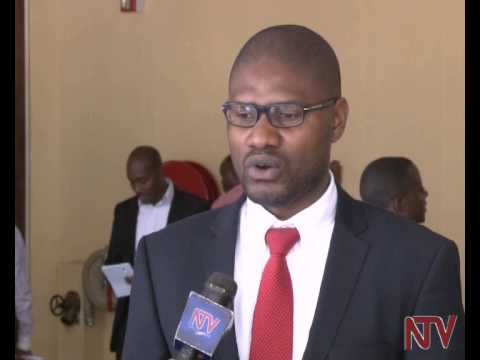 The Ali Sekatawa, the Uganda Revenue Authority lawyer has this recent week addressed in his own way, the report from the Committee on Commissions, Statutory Authorities and State Enterprises (COSASE), that delivered the report on the Presidential Handshake to Parliament. This report spelled out the initial idea and talk of refunding the handshake back to URA, as the monies was commissioned correctly. Certainly, the Lawyer want to defend his responsibility and be part of illegal activity. Therefore, his defense is ridiculous, just take a look!

“According to Sekatawa, the committee selectively evaluated evidence leading to wrong conclusions on certain aspects and was populist in certain aspects. He says he is angry with the fact that the MPs and sections of the public are challenging the patriotism he and his colleagues exhibited while arguing the tax dispute against two British firms then involved in Uganda’s oil sector. Sekatawa is also challenging the fact that Parliament went ahead to adopt a report, which was not signed by all the members of the committee that investigated the matter. He is also of the view that Parliament has no authority to call on him and others that benefited from the bonanza to refund it because the money wasn’t given by Parliament” (URN, 2017).

I wonder if doing clerical work as your supposed to do in a government organization, that is collecting taxes is so patriotic. In the mind of Lawyer Sekatawa it apparently is. There are certain aspects that I have to dive in to, as he explanation is weak tea. I cannot let this one fly for the sake of foolishness. If there are someone who defends corruption, it should be the corrupt leader President Museveni. Not one of his cronies inside the URA. URA are working and following provisions delivered by Parliament and the President. They follow the guidelines and regulations of taxation that has been given. The same happen as the paperwork on the Presidential Handshake has leaked. It isn’t a secret, it is in the open.

The lawyer is clearly blind by brown-envelopes filled with money, instead of working as a civil servant. The civil servants are working for the state and are paid for their duty. The duty of working inside their offices and get their designated salaries. They are not supposed be bribed or misuse state funds for their own personal gains. That is what happen in the case of the Tullow-Heritage Oil Tax Case that gave monies to all that we’re a part of the court case. The civil servants that served the state and tried to get the ill-gained funds from the companies that was supposed to be part of the consolidation fund. A fund that are used to pay for government and state projects.

Instead, the government and the URA employees we’re served with a Presidential Handshake, that the state didn’t get it designated funds, but the civil servants who worked the case. Which is a bribe and direct looting of state coffers. It isn’t anything other than thieving, a petty theft and it was sanctioned by all the cronies. Not being patriotic trying to build a state, this was state officials and inner-circle of the state giving themselves a massive pay-raise without any procedure or protocol, feeding of a criminal case and foreign investors. Not trying to build a possible foundation or security of the funds, but dole it out to the willing and the ones who knew about the transactions.

The ones that photo-copied the paperwork, the ones that took the phone-calls, the ones that wrote on the settlement, the ones that argued the case in the United Kingdom and the ones that are loved cronies of Museveni. That isn’t patriotic, that is misusing and breaking down a system for personal gains. You don’t love your nation when you sponge of it, when you eat taxes, instead of using it on schools, health-care and other necessities.

Sekatawa doesn’t love Uganda, he loves the Presidential Handshake, he loves the MONEY. MONEY is what makes his world go-around and pays for his SUV and his mansion. He doesn’t love Uganda, he isn’t loving the Republic or the history. He doesn’t respect it’s constitution and it’s laws, when he defends bribes and corrupt behavior. That he benefited from. That is lie… a damn lie. A big fat LIE.

A Presidential Handshake isn’t patriotic, neither are bribes, they are petty theft of state reserves and state funds, that was supposed to go elsewhere, than into the pockets of ill-informed men and woman who liked to corrupted by the state itself. He needs to figure this out and get his mind out the fat corrupted brown-envelopes, maybe even try to figure out the real value of patriotism. Because this is not! Peace.