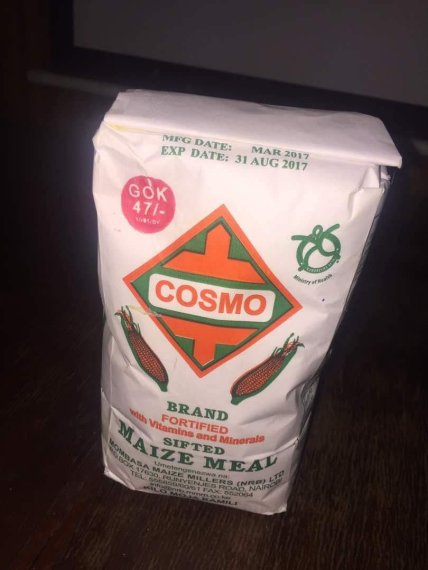 Certainly, one of these days the Jubilee government Cabinet Secretaries going to wake-up from their sleep and start to act with common sense. Since the release of subsidized maize and opening imports, the markets has not overflowed with Unga. Neither, the reality that some of the millers kept stockpiles of it, as they knew they would be subsidized from the state. So why sell it months ahead, when you can keep it steady and unleash when you get double bonus. The Jubilee government knows this and therefore right on the day of the subsidized maize and the possible export provisions came into effects. Boats with foreign maize came pouring in through the ports of Mombasa.

“He witnessed the arrival of 12,000 bags through the Rift Valley Railways yesterday. “To ensure every Kenyan enjoys the Sh90 subsidised maize flour, all maize from Mombasa will be removed using SGR, RVR and trucks,” Bett said. In two weeks, the market has been experiencing a shortage of unga. “Since we started the subsidised programme, we have witnessed more Kenyans preferring unga, thus the high demand for maize flour,” he said” (Ngotho, 2017).

CS Willy Bett, need some guidance, needs some reassurance and some sort of stiff upper-lips for insulting fellow citizens. It isn’t the sudden love for UNGA. This the staple food. This is what Kenyans are known to eat. UNGA, Ugali or Posho (Ugandan I know). Still, the maize flour meals is not a well-kept hidden secret. It would be like taking potatoes as out of the equation when feeding massive parts of Northern Europe. That is just the staple food. Period.

The CS clearly, has some internal issues and need to stop thinking he can deceive fellow citizens. As the indicated exports combined with the stockpiling was very evident. That people are buying lots of it now, is because they might even fear for more scarcity. Since it isn’t only drought, but man-made problems that has given way to shortage of UNGA.

It is time to wake-up for Mr. Bett and smell the UNGA. Time to see and relieve his fellow brothers and sisters. Not just find excuses upon excuses and think it can save his grace. You do not take away some-ones staple and think you can get away with it. Seriously, that is insulting. The insinuation and undermining of the needs and the will of Kenyans. Are evident in his approach to the UNGA crisis. This should not be forgotten, because his grace has clearly not done his job and then blames the citizens for either their staple food! Peace.