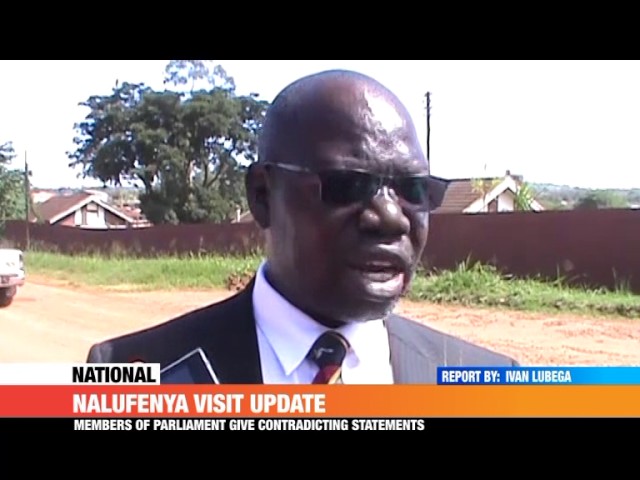 The 10th Parliament went on a visit to the Nalufenya detention facility on the 19th May 2017, that the Security Agencies in charge of the facility has made this sort environment and this allegations of torture there. Doesn’t come from the wind, but from the certain leaked photos and leaked information from former detainees at the facility. That is certainly the reason for the fear of ending in the dungeons of Nalufenya, as the report is clearly saying more than enough. Also, that the Police together with other security agencies worked to clean up the place and make sure the most hurt detainees was moved. If not the committee would have seen the real-deal. The manufactured story they tried to make, as the sudden massive move of detainees proves the state tries to cover-up their misgivings. Certainly, there are more untold, than told, but the indications are strong enough at this given time.

“Nalufenya Detention Facility is a gazetted police station that has been in existence since independence and was initially gazetted for the population of Jinja because of high crime rates in the district” (…) “Nalufenya operates as a special police facility dedicated to handling “handling profile cases” where suspects are brought from any part of the country for investigation and interrogation” (…) “The Committee was informed by the officers (SSP Henry Mugumya) that the police in carrying out the “special operations” works jointly with other sister security agencies such as Internal Security Organization (ISO), External Security Organization (ESO), Chief of Military Intelligence (CMI) among others” (Parliament, P: 6, 2017).

“From the inspections of the look of the lock up book/ register, the Committee found that within the course of one week, many detainees were transferred to Luzira Maximum Security Prison and other detention facilities. The Committee therefore, could not establish whether there had been overcrowding or not or whether those transferred had been tortured at the facility” (Parliament, P: 11, 2017).

“The Committee observed that detainees at Nalufenya detention facility are held incommunicado. All inmates noted that since their detention, their families are not aware of their whereabouts. They were therefore concerned of the psychological torture of their families” (Parliament, P: 13, 2017).

“The Committee is gravely concerned by the lack of coordination in the security agencies in executing arrests of suspects. It is apparent that owing to lack of coordination, the Police cannot always account for the cases of torture” (Parliament, P: 14, 2017).

“The detainees seem to live under fear and there is a general fear of disclosure of information to any person. Hence, even when the detainees would want to disclose information, they are constrained” (Parliament, P: 14, 2017).

That the level of fear inside the facility, that the state and their security agencies are really using all methods to pour the power over the detainees. As they are locked away from the world and their families left in the dark. That the usual openness of this report is rare, even as the covering-up and clearing the shop before the Members of Parliament came for visit. Is clear by the Lock-Up book and other initial part of the report. Since the leaked pictures and intelligence from the Nalufenya detention facility, therefore hard to believe that there isn’t anything illegal or torture happening at the place. The Committee of the Parliament couldn’t prove, because the clear moving of detainees and the other factors was shuffled away for the visit. Also, the proof that the Police cannot account for the cases of torture, since it might be other security agencies behind the violence on inmates, might show there are not only possible, but more likely for it there.

So with the little said in the Parliament report, it says enough to know there are implications and problems underneath the surface that the State and their security agencies was covering up, as the level of fear, the level of unaccounted affairs from other agencies and also the sudden move of detainees, are as proof of it as it need to be. There been lot of work and preparation by the Police Force before the Members of Parliament showed-up, to make sure that they couldn’t verify or indicate the leaked information was real. Peace.