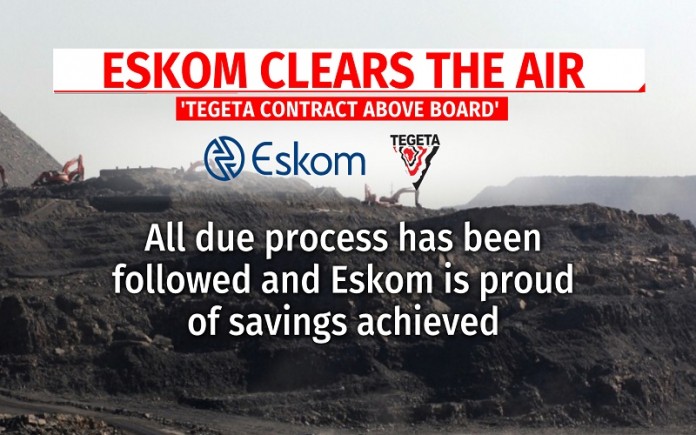 CAPE TOWN, South Africa, May 24, 2017 – The Portfolio Committee on Public Enterprises held an extraordinary meeting on Tuesday to discuss the issue of the reappointment of Eskom’s Chief Executive Officer, Mr Brian Molefe.

Acting Chairperson Ms Zukiswa Rantho said last week the Committee agreed unanimously to call a meeting where the Board and the Minister are to appear before the Committee and explain what is happening at the power utility. Ms Rantho said: “The meeting today wants to know why is Mr Molefe back at Eskom, has Mr Molefe retired, was he retrenched, did he take early retirement or the new one that has been reported was that he was on unpaid leave, these are some of the answers that we need today.”

The Committee was of the view that legal advice that has been received will not be used to shield Eskom from being accountable before the Committee. The comments from the Committee came after Eskom’s Board Chairperson, Dr Ben Ngubane, said he had received legal advice from his counsel after he had filed an affidavit on Monday, 22 May 2017. Dr Ngubane said he was advised that the matter cannot be debated other than in a court of law. “I have to listen to counsel as they are representing us in a court of law,” said Dr Ngubane.

According to the legal advice from Parliament’s Legal Office, it states that “there is a constitutional duty to perform oversight and the intention of calling the Minister and Board is not to influence the court. Whilst the matter is sub judice (meaning it is before the court), this does not mean that Parliament cannot perform its oversight function, as long as the deliberations are not on “the merits of the case”.

In response to the presentation by Eskom and the Minister of Public Enterprises, the Committee questioned what pressurised such a strategic institution to hire someone where a question mark has not been cleared based on the Public Protector’s State of Capture Report. The Committee indicated that Eskom needs to state the basis of employment of Mr Molefe as the issue is still in the public domain.

The Committee said Mr Molefe, in his resignation letter, said he was stepping down from the power utility based on good governance following the release of the State of Capture report by the former Public Protector.

A response from a Board member indicated that Mr Molefe had resigned last year. Regarding the reappointment of Mr Molefe as CEO, the Board supported his reappointment based on the legal advice that the power utility received and on Mr Molefe’s performance whilst in the employ of Eskom.

The Committee made a recommendation that the Eskom Board and the Minister should be subjected to an inquiry to check if they (the Board) exercised its fiduciary responsibilities and duties. A parliamentary inquiry needs to be instituted against the Board and forensic investigation needs to be conducted to reach a determination of what must happen. The Committee agreed that further engagements need to be conducted amongst the members to discuss a way forward on the possible inquiry.

Following its deliberation, the Committee supported the decision for a parliamentary inquiry in line with National Assembly rules to look into the Board of Eskom.

The Committee is of the view that the Minister failed to exercise her oversight duties as the 2016 MoI gave the Minister powers to appoint and dismiss the Group CEO of Eskom.

Ms Rantho said: “The Committee is concerned with the state of governance at Eskom. There seems to a breakdown in communication between the shareholder and the state-owned company.”

“The Committee is concerned with the breakdown of corporate governance principles at Eskom. In this regard, the Committee views the reappointment of Mr Molefe with serious concern,” said Ms Rantho.

She added that “we will further seek advice on how to deal with the decision of the reappointment of the Chief Executive”.

In its deliberation the Committee requested the power utility to provide the Committee with documents such as minutes correspondence and decisions taken on the reappointment of Mr Molefe.