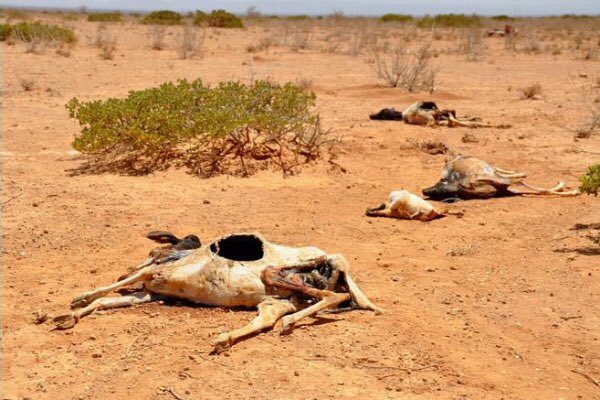 Drought has also led to lack of clean water and the largest outbreak of cholera Somalia has seen in the last 5 years, with more than 36 000 cases and almost 690 deaths so far in 2017 alone.

GENEVA, Switzerland, May 11, 2017 – WHO is concerned by the chronic shortage of funding for life-saving work in Somalia in response to the ongoing drought that has plunged the country further towards famine, disease, and health insecurity. Drought in Somalia led to the destruction of crops and livestock, leaving more than 3.3 million people hungry every day. If the current situation continues, famine could soon be a reality, creating a devastating cycle of hunger and disease as the health of people deteriorates and they become more susceptible to infection. Drought has also led to lack of clean water and the largest outbreak of cholera Somalia has seen in the last 5 years, with more than 36 000 cases and almost 690 deaths so far in 2017 alone. With the beginning of the expected rainy season and floods this month, these numbers are expected to increase to 50 000 cases by the end of June. Cases of measles are also on the rise, with nearly 6 500 cases reported this year, 71% of them children under the age of 5 years.
“History has shown the terrible consequences of inaction, or action that comes too late. More than a quarter of a million lives – half of them children – were lost as a result of the devastating famine of 2011. This year, a much larger percentage of the population is now at risk. We will not stand by and watch millions of already vulnerable men, women, and children become victims of an avoidable catastrophe,” said Dr. Peter Salama, WHO Executive Director for Emergencies.

WHO commends the Government of the United Kingdom for its leadership in hosting an international conference today to tackle the country’s most urgent challenges, and calls on the international community to take decisive action to help avoid a humanitarian catastrophe. So far in 2017, health sector requirements of US$ 103 million are only 23% funded and WHO has received less than 10% of US$ 25 million required for an organizational response. WHO urgently appeals for additional support from the international community to ensure the health response can continue and expand, to save lives and alleviate the suffering of millions of Somalis.

Background
Whilst the operating environment in Somalia remains challenging, and humanitarian access restricted as a result of ongoing conflict and violence in many parts of the country, WHO and health partners continue to scale up their response, with coordination hubs established in Mogadishu, Garowe, Hargeisa and Baidoa. In March and April 2017, WHO delivered nearly 50 tons of medicines and medical supplies to provide life-saving support for almost 4.3 million people. Cholera treatment centres are now operational in 40 districts, and the numbers of surveillance sites for epidemic-prone diseases have been increased across the country, with Rapid Response Teams deployed to support investigation and response activities. In March, WHO and partners conducted the first national oral cholera vaccination campaign in Somalia, reaching over 450 000 vulnerable people. A second campaign is ongoing in South West State and Middle Shebelle, targeting 463 000 vulnerable people.