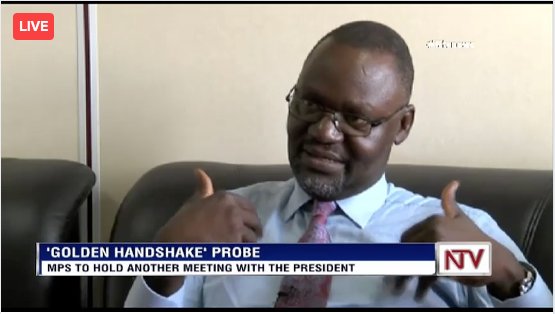 Today, is a day that doesn’t stop to startle, the day doesn’t stop giving. The reports from the Republic are a bit to much. Still, the continued probe into the 6 billion Ugandan shillings has continued. I would never believe it would amount to anything. For the first time in a while, the President has said he did a mistake, but it wasn’t I did something wrong with the State Resources and the Taxes. No I took the money from the wrong account and then gave it away to the civil servants and movement cronies. Take a look!

Shs. 6 Billion was a mistake and the President want to give a refund!

“President Yoweri Museveni has told the Members of Parliament investigating the Shs 6bn Presidential Handshake that he is ready to refund the money” (…) “The president was quoted as saying his original thinking was to “say thank you to our patriotic civil servants who against all odds managed to make us get what was due to us from the known international giants.” The president added that the flouting the rules by the government officials was not his making, although he agreed to take responsibility on their behalf and make sure the money is returned from where it was picked” (…) “It was unanimously agreed during the committee session at State House that picking the presidential handshake money from the Uganda Revenue Authority was a mistake. The money should have been sourced from State House budget that caters for all expenses of the President” (…) “We realized it was wrong for the presidential handshake (Shs 6bn) to come from URA instead of State House or President’s office,” another source who attended the session said” (NTV Newsnight, 26.04.2017).

The Movement and the government leader, the executive and the President are clearly trying to clean his hands. Since it was from the wrong accounts, that the Presidential Handshake was taken from the Uganda Revenue Authority, as they we’re the receiving end of the tax-case with the Heritage and Tullow Oil Corporation. These case and probe the republic have been through and through, even Andrew Mwenda defended the handshake. 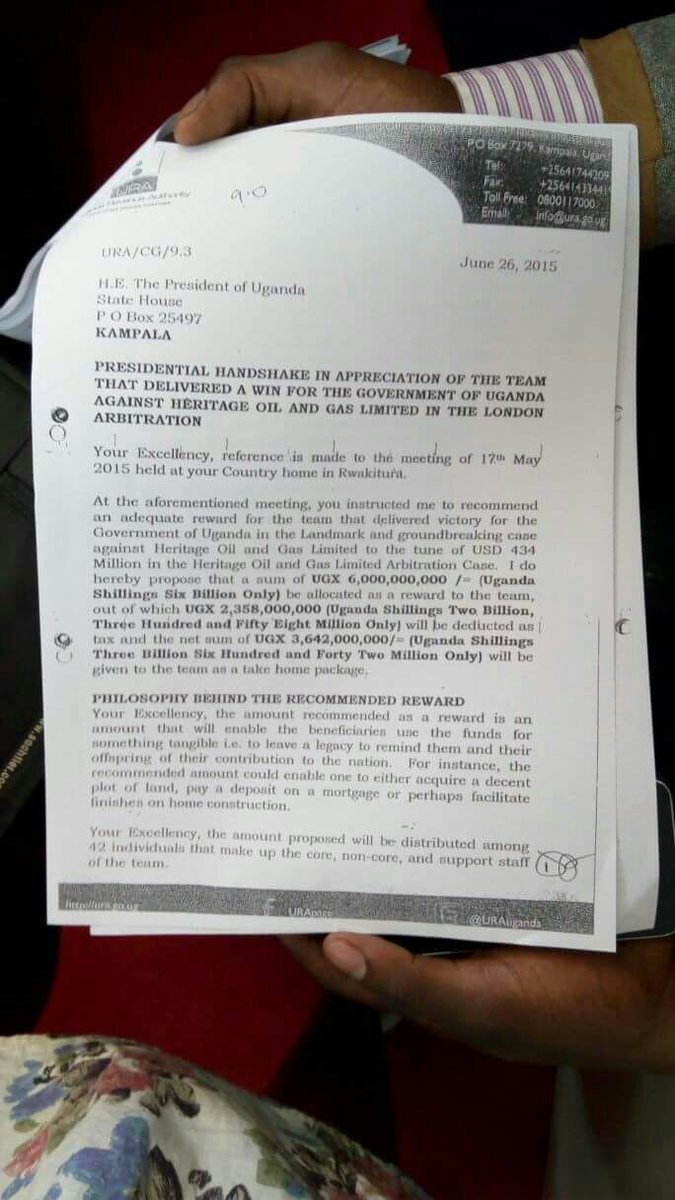 What is sad and supposed to be the saving grace for the President, that if he gave the civil servants and the ones involved in it and getting compensated for their work. The handshake was by his purpose just a fair gift for the work. As the ones in URA working copying paper and picking up the phone in the office for the state. So even if they mask the audit of the budget as of where the money came from, the civil servants still get their monies.

If the money we’re directed from the State House or from URA, it is still from the State Coffers, the only difference is the ending numbers on the slips. That it really wasn’t his making, but we have seen the letter that was accepted and the citizens seen the acts. If not they have read the lines and comments of the Handshake.

Even if the President said this should have been expenses directly from him and not from the URA. It is still uncommon and not something that should occur. That the President blames his fellow co-workers and the institutions around him. Presidential Handshake no matter where it comes from is still an act of graft, a bribe or a misuse of government funds. The gift from the President is still brown-envelopes without proper procedure, not basic salaries or natural bonuses. If it was so, then there wouldn’t have been such a probe into the handshake.

An act of corruption if it comes on a unicorn from the State House or from the blessed souls of the Uganda Revenue Authority, doesn’t sanction the act differently. If the letterhead of the bribe to the civil servants for their work, doesn’t salvage the Presidential Handshake. It just shows the disregard President Museveni has. He thinks it would be different it was directly donated from him and if he signs of the same amount to URA from the State House. Surely, that amount must come from the budgeted “confidential” State House funds, as the knowledge of how it is use are only for the President to know.

I can reassure the world that a unicorn was not flying around the Okello House this night and will not happen tomorrow morning either, a bribe is still a bribe. You can try to change the fact, but the money was still transacted without the proper procedure and without the justification. Even if the President says so, it is still misuse of the state coffers and given taxpayers funds to cronies, nothing else! Peace.