“Never think that war, no matter how necessary, nor how justified, is not a crime.” – Ernest Hemingway

Now that for the Second time that the President of United States orders attacks on foreign soil, we can wonder, what sort of effect this will have. The broader sense is that President Donald Trump tries to prove his point and that he is right. He would not have pulled the trigger if he thought he was wrong. Even if he has no knowledge of what the consequences of his actions.

We can know for certain know after the bombings in Syria and the Military Operations in Yemen, know that the intelligence or the efforts are sporadic and will be only with his judgement, not with a sense of the aftermath of his action. He do not seem to have the mental capacity to continue a long pattern of similar behavior neither also to sustain the ability to understand the complexity of the warfare in either Iraq, Syria or Yemen.

Therefore, the response that so many justifies will open up new wormholes and new problems that the President has to undue or fix. Therefore, with this in mind, the President has to and need to address. Not just, pull another gun and fix another rocket. That cannot change or significantly alter the scenario in these countries, as the allies and the other counterparts has agendas on their own. Certainly, something that should have be considered before the blasts, but seems far-fetched today. Therefore, with this in mind, the Trump Administration has a lot of responsibility since they have effectively now put their stakes into the conflicts.

So the United States have now more responsibility, neither if the issue is Bashar Al-Assad government, Islamic State insurgency or the White Helmets, nor any other affiliated group that create havoc, even if the Russian sponsored government create massive amounts of atrocities. The reality in Syria is that US government cannot just blame Russia, Turkey or anyone internally, as the Presidential Decree has now clearly used their weapons.

The order to bomb the airport and violate the airspace clearly indicates the newfound trigger-happy President that is in Washington. That President Trump do not think of the consequences is clear and will show with coming time. President Trump will not reconsider or properly evaluate the evidence on the ground, as he never conceded his loss when the faulty towers approach to Yemen earlier in the year.

So know that State Secretary Rex Tillerson will carry the water of the President, as all allies will do to, to please the current leadership, even if the ending is wrong and historians will see the operation as pointless. Did we learn anything by these actions; I doubt it, since the only end game is more death and destruction. Certainly, the victims, the civilians in Syria will beg to differ, the refugees that cannot even get into safe-haven in United States, should feel betrayed, that the President who stops them from entering their shores can blow their country into pieces.

The civil war that has lasted for 6 years, which has been bloody, where the United States, United Nations, Turkey and Russia, have not solved, neither has the parties inside Syria. There are no indications that this will create anything better between the ones who invest in the civil war. If you learn anything from history, the involvement of external powers inside the civil war in Spain in the 1930s. 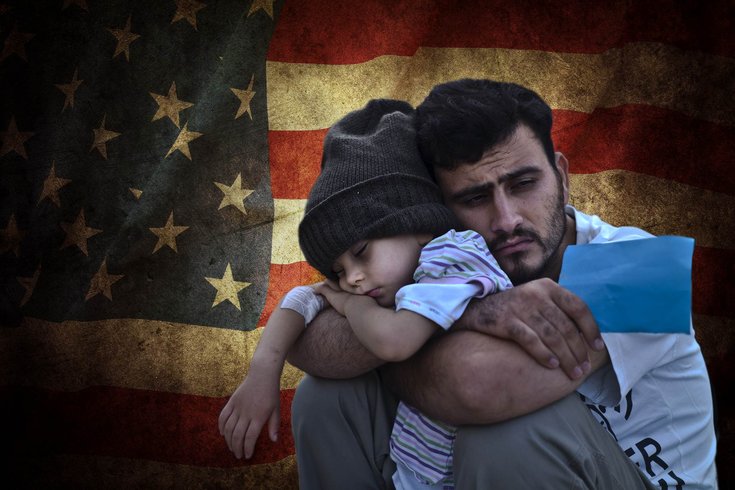 There is clearly evidence of what the UN Special Advisor claims, as the chemical warfare of the Assad regime isn’t positive, still the Trump paradigm will not change the pattern on the ground. Since the Trump ways of solving issues is sporadic and unclear, not like he going to invest his time and efforts to understand the complexity, not that he is interested to listen to advice. If he did so, he wouldn’t just send a few tomahawk missiles towards an airfield, but actually make a difference. It is easy for big-men to pull the trigger and destroy something.

There is time for Trump Administration to figure out how they want to deal and maneuver inside the civil-war in Syria. Triggering a few missiles will not make more damage than has already happen, towns, village and cities are already bombed into dust, fleeing Syrians citizens are on the outside of the Republic and the leadership, which needs a change. That is well-known as the six years of conflict hasn’t created anything positive inside Syria. Therefore, Trump could have known better, but his ego stands in the way.

Time to consider and reconsider, the added deaths and bombs won’t create anything, the ammunition and bloodshed from either military groups will not show the world… that there are a solution or anyone who will govern or give ways to peace. There are enough people who has died, enough people who fled the Republic, while the internal battles continues. The innocent always dies in the war and certainly the missiles from the United States killed a few of those. Not that this defends the chemical warfare of Assad, but all bloodshed should be condemn.

Trump, the President of United States, the Commander-In-Chief has now ordered to military operations outside of the United States, these will prove his army capabilities and his use of intelligence, as he is more on the ego of himself, more than on the results of his actions. President Trump cannot say he has made a difference in either Syria or Yemen, the problems are still there and the operations has only made temporary bloodshed, not made significant change on the ground.

If Trump does that, he will invest troops, get use of locals and strategic military intelligence instead of sporadic sending battalions and missiles. That will not make the wished end game that the Syrians nor the Yemeni people deserves. That is if he cares about their lives and their future, because I doubt he cares about anyone else, than himself. Peace.