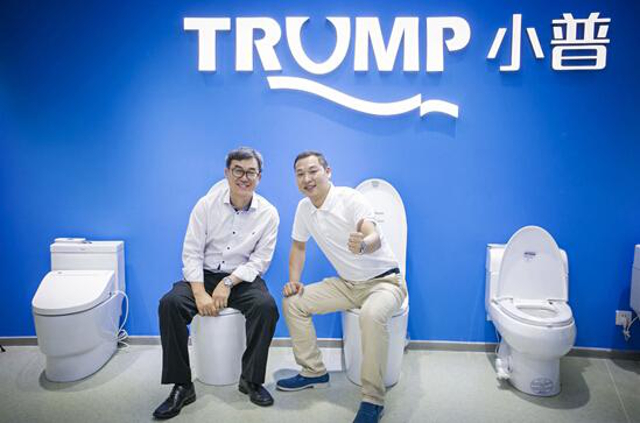 Today thanks to some people leaking to Chinese Gazette documents for a serious Industrial and Commerce Authority, I today found a little scoop on the ways Trump Organization does business, as they are clearly active in China. That might be reason why one of the most mentioned nations during campaign was China from the now President Trump. Therefore, take a look at this!

On the 27th February 2017, the Trademark Office of the State Administration for Industry and Commerce of the People’s Republic of China gazetted new trademarks that prove the use of Chinese Industry in production of labels for the United States President Donald J. Trump. Still, as he claims “America First” his companies continue to produce and licence their production abroad.

The Gazette from the Chinese Authorities of Industrial and Commerce Trade Marks for dozens of Donald Trump products, alone 10 Trade Marks in his name and owned by businesses to the Fifth Avenue headquarters of the Trump Organization.

The second batch of Trump Trade Marks we’re gazetted on the 6th March 2017 was issued about 24 more Trade Marks through the authority. Since my Chinese isn’t that fluent, I don’t know on what sort of products or what industrial trade mark these are put on. Still, this shows the ways of using the cheap workforce and possible export to the United States the Trump Organization does. When I could find in the documentation with address and in the name of the Trump or where the Trump Tower is.

Therefore, the will of putting ‘America First’ is only in the words and not in action of his own businesses or trading. That is just for the citizens, not for the business and corporate world. Since Trump Organization has by these gazetted Trade Marks initially started or secured production of 24 products in the Republic of China. That cannot be seen as policy of his own government, who wants to punish other businesses for importing instead of producing their products abroad.

Certainly, the sons and daughters don’t care about the impression or even President Trump shows careless acts of tact by doing this. They are not following the same protectionist ways that he preaches and he wants to achieve. Therefore, the double standard are proven with this and how easily the Trump Organization can get licences in China, but the President expect big-business to stay in the United States. Peace.