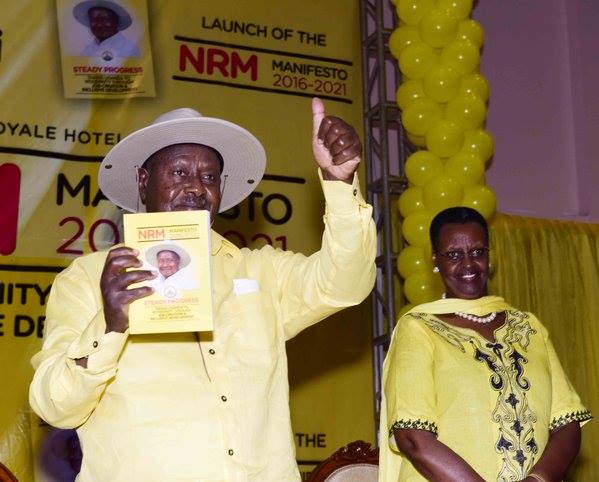 The Yellow Movement have no nerve; they have Presidential Handshakes, buying jet-planes for the President, but not money for maintenance. They want to buy helicopters to the Speakers of the Parliament this year. But last year they impressed as well!

Hon. Monica Azuba Ntege, the Minister of the Ministry must feel stupid, as she knows perfectly well that the funds should go to transport or to roads, even gone to the Standard Gauge Railway (SGR) development, even to build ports like Bukasa Port on the Lake Victoria.

That this proves something that we all have feared all along, is that the National Resistance Movement are eating of the plate of the public funds when they need. This is if the NRM needs money for gasoline or hiring buses during the campaigns they just take the unallocated salaries for teachers to that. If President Museveni needs more funds to pay musicians for campaigning for him, than going to the function where the allocated taxpayers monies we’re supposed to go.

This shows the lack of transparency and respect of the government funds when the ruling regime and ruling party uses state funds to inner-party campaigning. That NRM and their party organization used Ministry of Works funds to print NRM Manifestos for the General Election of 2016, show lack of governance and allocation procedures. We can question the oversight of the allocation of state funds that is diverted to party work.

The NRM regime is now openly telling to the world that they are misusing the funds and doing in broad daylight, during the plenary sessions on the audit of funds from former financial year of 2015/2016. The world would not be surprised if the NRM used more funds from other ministries to campaign in the recent campaign. Especially knowing that NRM and President Museveni doesn’t seem to have any care with the scrutiny or good-governance. Good governance is apparently a giant issue that will continue be hurt one for regime, because they don’t have the ability or wish to change. Since President Museveni are only focused on his own riches and own wealth, as he is not a civil servant, but his own master who controls the Republic. Peace.