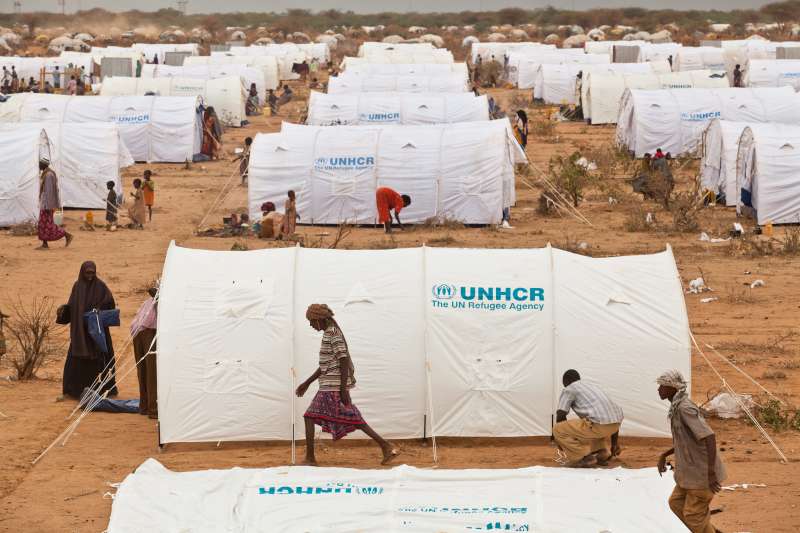 Beginning this month, the UN agency was forced to reduce food ration by half for the refugees’ monthly entitlement, which will only last until the end of February if no further funding received.

NAIROBI, Kenya, December 8, 2016 -Forced to make a new round of cuts in food rations for refugees in Kenya, the World Food Programme (WFP) has appealed urgently for nearly $14 million to feed the 434,000 refugees living in Kenya’s Dadaab and Kakuma camps and in the new Kalobeyei settlement.

“We are appealing to donors to quickly come to the aid of the refugees, who rely on WFP food assistance for survival,” Annalisa Conte, WFP’s Representative and Country Director for Kenya, said in a news release.

WFP currently provides food relief to refugees in Kenya’s Dadaab and Kakuma camps, as well as the newly established Kalobeyei settlement. This assistance comes as cash transfers and food distributions. For those most vulnerable, the agency also offers specialized fortified foods to prevent malnutrition.

“WFP immediately requires $13.7 million to cover the food and cash needs for the refugees between December and April,” stressed Ms. Conte.

Beginning this month, the UN agency was forced to reduce food ration by half for the refugees’ monthly entitlement, which will only last until the end of February if no further funding received.

While cash transfers have not yet been cut, they are due to be exhausted by the end of January. If the agency is forced to discontinue the cash transfers, however, it will specifically affect 7,500 refugees in the recently launched Kalobeyei settlement, as the only form of food assistance they receive is cash.

“A generous and critically important $22 million shipment of food from the United States is en route to Dadaab and Kakuma and should be available for distribution by May,” Ms. Conte said, while warning: “But we have a dangerous gap in funding until then.”

She further reiterated that without an urgent response from other donors, WFP will completely run out of food for more than 400,000 people in Dadaab and Kakuma at the end of February.