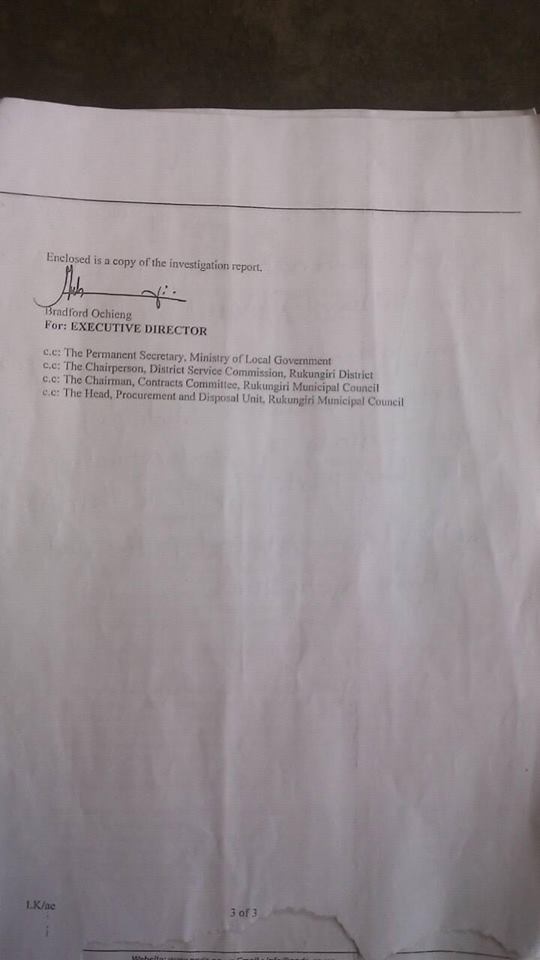 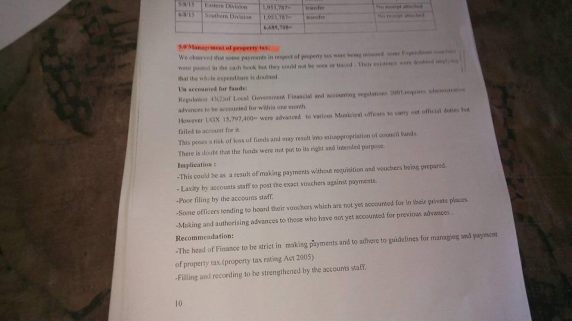 Explaination of the documents:

“Today the Town Clerk of Rukungiri Municipal Council Otim Andrew Kibwota was described as the most un serious accounting officer by the members of Rukungiri District Public Accounts Committee.Mean while all Councillors of Rukungiri Municipal council have unanimously voted to chase away this Town Clerk who is never in office and only comes when he hears that government has released some money and comes to withdraw it and share it with the Mayor Charles Makuru(Endira Kukyinduka) and Treasurer one Andrew Byaruhanga” (John Kakugombe, 30.09.2016).