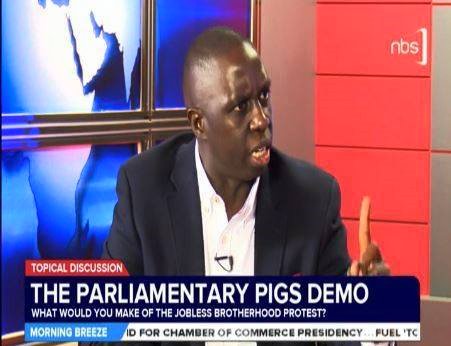 Dear Muhammad Nsereko, whoever you are affiliated with and assemble with; I write to you today. Because of your words that you uttered on NBS TV Uganda yesterday and needs to be put some reflection on. Your wealth and continued terms in the Parliament makes you blind the reality. First your own words, than my take on you Honoarable!

“This is not new in Parliament. These are young men being given ‘something’. My immediate reaction was, ‘ohh, I saw this coming’. Pigs were thrown in front of Prophet Muhammad’s house several times. All this is happening because I didn’t support defiance. Most bloggers writing about me are Besigye apologists. They are just being used by Besigye,” (…) “These people’s next move is ‘occupy Parliament’, I know everything. If the demonstration was about greedy Parliamentarians, wouldn’t it be us? I think not, because we don’t represent that category.”

Yep, you’re a brutal speaker and direct as always. That you are connecting Norman Tumuhimbise and his Jobless Brotherhood with the Forum for Democratic Change former Presidential Candidate Besigye; Mr. Tumuhimbise has been arrested, attacked and gotten abducted for his campaign against the NRM. This is the same as Besigye, which is what they have in common Hon. Nsereko. The reason why you are not in the NRM anymore is both of your own implications and also because you know Kampala is hostile to NRM. Therefore to win your seat your alliance with others to get your place in the National Assembly; so you should be a bit more soft-spoken about the people who has opened their arms to you! Looks like to me that you don’t represent Kampala but only yourself and selfish rich interests.

There been reports before you we’re detained in 2012 that you we’re flashing a FDC sign as you reacted to your stances in Parliament and becoming parts of rebellious MPs of the 9th Parliament. Still, that doesn’t sound real. If you don’t believe my sayings, it is something you can look at when there is a report about you in 2013; that says this:

“Politically, Nsereko has been representing NRM in a constituency of Kampala central which has always been very hostile to NRM.  His support base has been made of frustrated Kampala dwellers that are fed up of NRM due to numerous reasons ranging from the challenging economic situations, the high taxes, rent, Jennifer Musisi’s hostile activities of the KCCA’ constant evictions” (…) “Economically speaking; while his accomplices who have been surviving on proceeds from parliament are definitely going to find the economic aspect to find life difficult to cope with, Nsereko is instead likely to enjoy himself. This is because he is known to be very wealthy with financial connections at home and abroad” (…) “Those close to him claim that he is one man who can seal a deal of a million dollar in just two hours. But the NRM might counter this economic advantage by using the money laundering law to stop the foreign dime from flowing to him. And indeed at the height of his disagreement with his party leadership, Nsereko was arrested and detained in crane bank for obtaining huge unexplainable amounts of money” (News.ugo.co.ug, 2013).

So you are one of the men with massive amounts of monies in Crane Bank, maybe you can become their investor? Your connections can really change guards as you have gone from being NRM to become who you are now. That you are hostile to KCCA and Dr. Musisi is not alone, maybe she is stifling your millions and secret agreements that secure your funding and wealth as the connections are used establish yourself.

You had to be kicked out of NRM, still yesterday you are an apologist for the Movement still. Honourable you have just used your place after the ceased trial to cater to opposition while still being loyal to NRM. As I am sure all your rich connections are and still are. Your wealth has to come from the ruling regime and not from dust. With this in mind what you did in 2015 we’re not a surprise:

“Serbian Simo Dubajic has brought his colourful 4-year association with SC Victoria University to an end after sanctioning the sale of the Uganda Premier League club to the Kampala Central Member of Parliament (MP) Muhammad Nsereko in a major takeover (70%)” (…) “MP Nsereko is one of the richest MPs in the country with sources close to youthful legislator intimating to us that Nsereko has got huge investments in the Zambian capital Lusaka and St. Livingstone a suburb in Zambia” (Muneza, 2015).

Now that the foreign wealth in Zambia, owning a Football Club and other unknown wealth as you have already lately showed of your court while going to Parliament; shows how far away from the average man you have become. You’re the NRM Elite, the man who represents the ones who has earned on your allegiance towards the Movement. Therefore your defense of yourself and the acts of greed in Parliament is not shocking.

It would be shocking if you stood by the principals of honesty and accountability. Than you have had to show your wealth in public and not just flaunt it like you do now. Hon. Nsereko you’re a wealthy man in gold and silver, also ambition, but not in respect. You’re tactless and dishonest. You play games for your own gain and not caring about the ones you represent in Kampala. 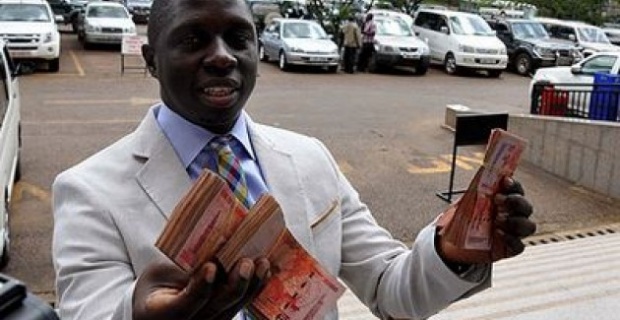 Clearly your wealth is your pride, but Hon. Nsereko you might have your wealth and cash-flow more than I can ever dream of. But with that you have to kiss the ring of NRM even when you outside of the Party. You’re a loyal dog to the ‘Old Man with the Hat’ as you know this is the only way to survive the businesses and valuable estates. You can think your Teflon and has the power with your riches. But Hon. Nsereko it is borrowed and when the time is it, it might go into the wind as quickly as your raised it.

That you now trying to connect innocent Norman Tumuhimbise of Jobless Brotherhood with the FDC and Besigye; they are both opposition and work for the same cause getting rid of the draconian regime of Museveni. Still, the reality is that they are only working for the same, but are not run by either or. Hon. Nsereko tries to connect all kind of demonstrations on Besigye and blame him for the difficult political climate. Instead of seeing that people doesn’t’ always work on the same cause together. Even if the NRM has to connect the MPs in USA to a seminar to get them benefitted and bribed in line, as much as the “training” at Kyankwanzi after the election is supposed to do the same. There is supposed to be the same between Tumuhimbise and Besigye. If you can find the missing MoU between FDC and Jobless Brotherhood I wish you the best in your duck-hunt hon. Nsereko!

In 2015 in an interview Mr. Tumuhimbise said this:

“None: One [Mbabazi] whose wife is currently admitted has been part of the past regime and I do not think he can change what was there. The other [Besigye] said he will not come back provided Kiggundu is the Chairman Electoral Commission, he is now back. Surprisingly, If Muntu had gone through, I would be with him running around the whole country, it’s a personal opinion though” (Tukel, 2015).

So Hon. Nsereko before you pick your words knows about the ones you describe, but the wealth has blinded you. The leader of Jobless Brotherhood would have campaigned for Gen. Mugisha Muntu and not even Besigye, the man who apparently using him for his cause. Not like you are being used by the Movement for their cause to look like Opposition. While you in reality are NRM in clothes of opposition just like Hon. Beti Kamya and so many others. Can’t you just talk to Dr. Tanga Odoi and others trade with them like Gen. Otafiire and then you might get a place back again where you rich soul belongs.

Do you know something else that I agrees with Mr. Tumuhimbise said in 2015:

“(Journalist questions him) Rate the current government in one word?

Hon. Nsereko he is speaking about you and your kind who buys football clubs instead of good governance. He describes your disrespectful behaviour and your trading graces to gain popularity. You don’t care about your constituency Hon. Nsereko as you are addressing the Jobless Brotherhood this way. Like Action Aid said in their stats that 62% of all Youth between 20-31 years in Uganda that year in 2015. I am sure honourable that the numbers are most likely the same today. Surely some of the unemployed youth that Tumuhimbise is parts of his demonstrations, as much as there are even more in of them in the Central Kampala.

You are the greedy man that Tumuhimbise is acting upon and that Besigye wants accountability in Parliament and in Government. Something that might look into your portfolio and your connections Honourable Nsereko; that is why you are connected to men you don’t want to disclose and at the same time you want to attack the men who are not like you!

That should you think about if you ever read these humble words I have written to you. Peace.

Tukel, Lyn – ‘One on One with IUIU’s Norman Tumuhimbise, the Jobless Brotherhood Founder’ (21.11.2016) link: https://campusbee.ug/lifestyle/commentary/one-on-one-with-iuius-norman-tumuhimbise-the-jobless-brotherhood-founder/