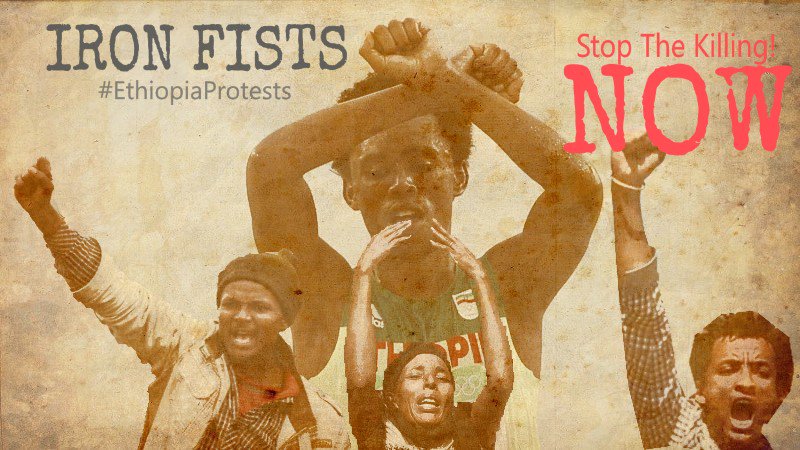 The African Commission on Human and Peoples’ Rights (the Commission) is deeply concerned by the events unfolding in the Federal Democratic Republic of Ethiopia.

Protests reportedly began in the Oromia region in November 2015, opposing the Federal Government’s plan to expand the boundaries of Addis Ababa. Reports indicate that despite the termination of the expansion plan, the protests continued due to the detention of activists, the use of excessive force, and killing of protestors by law enforcement officers.

More recently, protests reportedly erupted in the Amhara region of Gondar in July 2016 when armed police arrested members of the Welkait Committee who had rejected the Government’s decision to merge the Welkait community and its land into the neighbouring Tigray region.

Reports further indicate that from 6 – 7 August 2016, thousands of people around the country took to the streets calling for political reform, equality, justice and the rule of law. The Commission is seriously disturbed by reports which aver that law enforcement agents responded with excessive force, including firing live bullets at protestors in Bahir Dar killing at least 30 people, and beating protestors with batons in Addis Ababa. Reports indicate that nearly 100 protestors were killed from 6 – 7 August 2016.

The Commission has also received information that the Government completely blocked internet throughout the country for 48 hours in an attempt to stop the use of social media to organise further protests. It is alleged that most social media applications are still blocked, hampering communication.

Reports allege that following the first protests in November 2015, hundreds of protestors have been killed, and many more have been beaten, arbitrarily arrested and detained.

The Commission is equally concerned about reports that members and human rights monitors of the Human Rights Council of Ethiopia (HRCO) have been arrested and detained in the Amhara and Oromo regions, while allegedly monitoring and documenting the crack-down on protestors in these regions.

Without reaching conclusions on the above allegations, the Commission is concerned that if these allegations are correct they would amount to violations of Articles 2, 3, 4, 5, 6, 7, 9, 11, 13 and 19 of the African Charter on Human and Peoples’ Rights (the African Charter), as well as other regional and international human rights instruments to which the Federal Democratic Republic of Ethiopia is a party.

In view of the above, the Commission calls on the Government of the Federal Democratic Republic of Ethiopia to:

The Commission will remain actively seized of this matter.