Opinion: Why the ANC lost the recent Local Government Election; Many factors but one common denominator!

This is one of these days where the legacy of a grand party of old is faltering in the midst of controversy and agony. You might still have the National Assembly and have fellow loyal comrades in state-owned organizations and companies. Still, the vision of the ones legendary party is dwindling. The ANC of the liberation struggle isn’t there anymore. The ANC of today is of a bloated ruling regime under His Excellency Jacob Zuma.

The ANC lost their way when they went haywire with Thabo Mbeki and chose to change guards with Jacob Zuma. Through the meagre display of character from Mbeki, that even at one point co-sponsored a draconian regime under President Mugabe and his then newly vice-president in Tsvangirai. This together with the corrupt behaviour accepted against the original will of the party when the cronies of Party sold the soul of the party for the Anglo Leasing monies back-in-the-day.

The then giddy ANC Youth League (ANCYL) leader Julius Malema we’re supporting to get rid of the loyal guards and triggers to galvanise the party with his running mate Jacob Zuma. This lead way to the destruction of Mbeki; they tarnished him for corruption and weak leadership skills as he came from the old-school ANC who brought them liberty. The new ones we’re ready to take and eat without the work. The ANC became the men who lead without impunity and honour of codes of conduct.

So later the relationship between Zuma and Malema also started to falter and become hazardous. They even suspended him for his ambition as he was one of the men who got the now President support for his position; decided to suspend him and therefore the creation of Economic Freedom Fighters (EFF) begun, the socialist and nationalistic party started by a man who loves to wear Louis Vuitton from top to toe. The LV socialist of RSA and with that he still asks for the same nationalize mines and generate trade while wearing and owning expensive suits.

The other character created by the maladministration of ANC. The Zuma elite who have made Oakbay Investment and the Guptas powerful; they have gotten both economic and political capital in the country. The institutionalized control as the family of Zuma even got hired by the companies run by the Investment Company. The ceasing of trust in Finance Minister who created stability and stopped the Executive from buying Private Planes on the Government funds and public billing of even his home in Nkandla; the Presidency of Zuma have been targeting goals of open corruption and alleged corrupt behaviour in an extent that are not healthy. 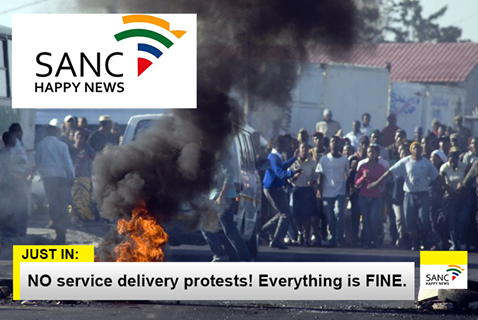 Also with the extended control of the coverage of South African Broadcasting Company (SABC) who is not allowed to cover demonstrations and suspending, even sacking journalist who doesn’t want to follow the new codes as the CEO of the SABC even resigned in the controversy. The SABC is a long line of political control of the ANC where the Government Institutions are used to ploy the agenda of the government and not serve the public. The DPP have been addressing concerns, but the President has answered with only answering court orders in Parliament. The Courts have ruled and he has still not given in. The National Assembly have had motions of no confidence in President Zuma. Still, the ANC have defended him and not given in. The MPs of the National Assembly together with the ANC branches have defended their leader. Even if the ANC Stalwarts and the ANC Elders that we’re part of the liberation from Apartheid have asked for Zuma stop down and save the party. Still, the leadership haven’t listened to the men and woman on the side-line since they have sounded like the EFF and DA.

The Democratic Alliance (DA) have gotten a new blood and new leadership which shows the new generation of politicians that actually speaks of the same progress and society as the old ANC. Something that hurts the ruling regime as they just want the power, but not build a nation anymore. They have the duty and kept the cronyism instead of managing the country and its institutions. The ANC have been more busy keeping power and feeding their loyal businessmen then creating new governance and government programs to continue the liberation of 1994.

The ANC had back in the day a role, a leadership and an ethical backbone with leaders and progressive codes of governmental work to mend fences and create a peaceful rainbow-nation that the Apartheid government fought a little White minority. Now the ANC have created a Black new minority who works with the party to gain economic advantages compared to the ones that are keeping themselves with somebody else. 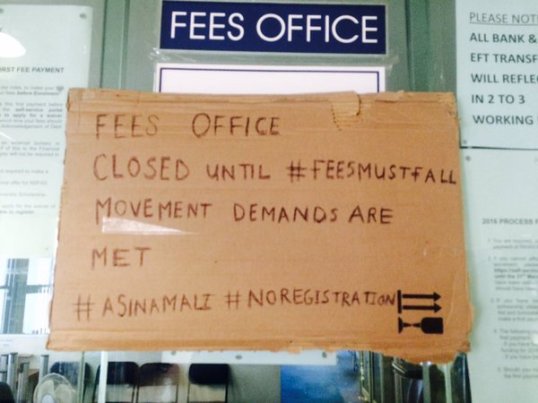 Back in the day the DA where a “White Man” party, but with time they have become the sound of difference from ANC who has sold themselves to the corporate and embezzlement business and political framework instead of representing the people. Therefore the Local Government Election of 2016 is showing that the ANC doesn’t own South Africa and South Africans. They never did own them, they we’re holding the mantle and had the men that the South Africans did trust. But with time the leadership of ANC, the ANC NEC and all the branches forgot the key to keeping the mantle. The people are the key to any political party.

The ANC had the mantle, had the reason to be the liberation and the party making their role for a peaceful transition and make the South African Nation into the Democratic and Economic power-horse it has been. But with time it was easier to trade to Eskom agreements to loyal businessmen in Oakbay Resources than doing it fairly on the open market. The same happen with other government businesses and therefore the value of Rand is falling and the inflation is not in order. The overall rating of the economy have been falling over the years and the ANC have forgotten the way to be accountable and transparent as the changes of Financial Minister has even been influenced by cronies to the party. 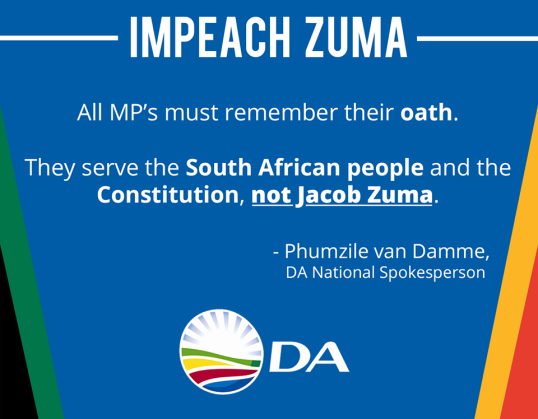 With all of this with the rise of the DA and EFF, Mmusi Maimane of the DA who been battering and excoriating the deficiencies in the ANC leadership and questioning their decisions that even made the ANC naked in public as the tuition fee protest of 2015, even showed the ANC government hid the “white-paper” made few years before with the answers to the conundrum of establishing better and more respectable fees for the students in South Africa. Together with other cases the dismay of the erratic behaviour have been seen and not been favourable for the President Zuma or the Minster Blade Nzimande of Ministry of Education for Higher Education and Training.

If you put all of this recent history together with a bunch of others factors that are not even mentioned. The arrogance and orderly thinking that the poor and living in townships automatically votes for the ANC; that is not the case anymore as the people can change their stance towards the liberators. That is shown in townships and the major towns of South Africa that now are from this election run by the DA and not the ANC. This is Port Elizabeth, Tshwane, Nkandla, Johannesburg, Cape Town and others where the DA have won the leadership.

Therefore the ANC have to find them as they might still run the National Assembly, but on the grass-root level their majority is dwindling because of their forgotten pledges and loose accountability. The little progress and forgotten lost-generation of students and activist who has lost faith in the ANC. The long lived liberation cannot sustain the new generation who didn’t see them succeed the oppressive government of the past. The ANC have worked and will for a long time ahead have a special place in history and contemporary place in South Africa and for South Africans. But, they do not own South Africa where they represent South Africa and the South Africans. This is something any party can if they pledge and promise positive change through different political framework than the ANC. That is why the DA have conquered and won this Local Government Election in South Africa. Because they feed into the dissolution the ANC have gotten to many people in the Rainbow Nation.

The DA and certain parts of EFF have caught up with the legacy of the ANC and eaten into the citizens who want to see less unemployment, better education and better infrastructure. Where the government fulfil the citizen’s needs and make sure the industry and economic future is for more than the elite and the corporations, but for the people. That is the people left behind by the loss of this election. This is the reaction to the corrupt behaviour and impunity of the central ANC leadership. That is why the ANC lost the Election in 2016 as they didn’t accept to be bushwhacked another term by leaders who doesn’t serve others then themselves and their cronies. The ANC has lost touch and become something the liberators never wanted to see. A political party who has eaten the state and taken care of the institutions where the ANC runs them for themselves and not for the citizens… something the citizens doesn’t accept over time and when DA and EFF says they want to change that therefore they voted for them instead as the service record of ANC have been lost with time. The loss now for the ANC is not their legacy, but their present affairs and their reputation.

What the ANC did at one point is noble and honourable, but the leader of today and MPs doesn’t show the same ability to serve and wishing to create the nation that the ones who fought for the freedom did. Therefore the citizens in their right have provoked the ruling regime and party in their constituencies to say: you do not own South Africa, you might have ruled over since 1994, but now it is time for somebody else to rule. This is because the ANC or you have become ghastly greedy on public funds instead of building more for the citizens. Time for the ANC NEC and ANC branches to change this effort and begin from the grass-root to involve the public and generate positive change. If they don’t then the lost-generation after the liberation might turn away for every, while the young ones who never saw and felt the oppressive behaviour never feels the need to vote for the Old-Party with the legacy of liberation. ANC have had the upper-hand. That hand is now played out. They might have solid foundation, but that is not there forever. The ANC can rise again, but then they have to go back to the reasons for why they exist and the Madiba ethics. Where the citizens can see the economic and transparent model for progress has to come back to the people. Peace.