There are talks of bailing out businesses or corporations in Uganda, as the failing; it is not only the Republic of Uganda or the Government of Uganda is striking more and more debt to fulfil the budgets. As that happens, the businesses together with Ugandan Banks are sustaining investments and fiscal monetary situation for industries and businesses; something that is occurring with a steady pace.

The Steady Progress from the National Resistance Movement comes with a price of loyalty of the cronies and the elite; that happen to be fundraising for the NRM-O before the General Election of 2016 and building the famous “NRM-House”, for some strange reason never sees the light of day. Dwindling away in T-Shirt Money and other ways of funding the expensive campaign of ruling regime.

Here is some of the companies and some information on them. There are many more, but this shows certain levels of questions and also, the needed for funding should be gone, except if the owners have allegiance to the NRM-Regime. So it seems like the Executive wants them to have debt and all of a sudden he needs to save them. 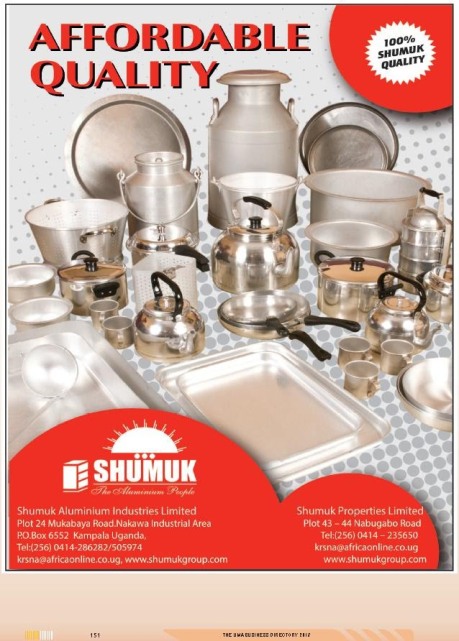 Shumuk Aluminium who has failed on loans; these loans are Shs. 8.2bn to DFCU Bank, Shs. 6.6bn to Baroda Bank and Shs. 17bn to Crane Bank. The Shumuk Group have been an industrial manufacture that has made everything from steel to plastic bottles in Uganda since 1984. That is now troubled in debt, has also gotten donor-aid or grants through Danish Aid in 2008 on the level of USD 170.102 and in 2006 a total USD 167.940.; Still with time been able to get unsustainable, really?

Roofing Steel Mines have failed loans; Shs. 201bn to IFC and Shs. 8bn to Diamond Trust Bank. Company’s assets supposed to be Shs. 15bn. It’s a company that has existing since 1994. “Mr. Sikander Lalani, Roofings Group has recently completed its ambitious expansion plan by commissioning Roofings Rolling Mills (RRM) limited, a Ugx320 billion(US$127 million) mega project which is set to change the face of steel manufacturing in the East African Region. This state of the art complex is located in Kampala Industrial Business Park, Namanve” (Constructionreviewonline.com, 2013). In 2014: “Prime Minister Amama Mbabazi and his wife Jacqueline were the chief guests at the Serena event, hailing the Lalani family for creating jobs for Ugandans in their business empire and contributing to economic development of Uganda” (Scoop.co.ug, 24.01.2014). Apparently now the business of Lalani is creating a debt issue and not jobs.

BM Steel has debt of Shs. 66bn. President Museveni said this about the company in the 2015: “The recycled steel that is being produced by Casements, Roofings, Tembo Steel, BM Steel (Mwebesa), Modern Steel etc. cannot be used for very high-rise buildings, hydro-power dams etc. It does not have that strength” (Museveni, 29.04.2015). With this in mind the quality of the steel is low, but their debt is still raising, and the same apparently with Roofing as well, who has debt. Worrying sign?

Namunkekera Agro Processing Industries Ltd (NAPIL) has an outstanding debt of Shs. 4.8bn to the Uganda Development Bank. It was incorporated 25.06.2007. It is a business run by the family member of President Museveni, General Salim Selah. In 2015 Gen. Selah said this: “made these remarks as he toured 40 agriculture projects under the umbrella of Namunkekera Agro Processing Industries Limited (NAPIL) in Kapeeka” (NTV Uganda, 20.03.2015). So the Government will on this bail-out the family member for his miscalculation on the Agricultural investment.

Simba Group owned by Patrick Bitature has debts of Shs. 210bn. In 2012 Forbes wrote this about him: “Bitature is the founder and chairman of Simba Telecom, East Africa’s largest mobile phone retailer with over 100 modern retail outlets in Uganda, Tanzania and Kenya Telecom. The company is also the largest mobile phone airtime distributor in the region. Bitature owns Protea Hotels Kampala, a 5-star hotel located in the upmarket suburb of Kololo in Kampala. He is also chairs the Uganda Investment Authority and Umeme, an energy distribution firm which is gearing up for an IPO on the Uganda Stock Exchange” (Nsehe, 06.11.2012). In 2015 in the African Report said this: “When asked about his net worth, he says: “That I don’t talk about. I have shares in listed companies in London, Johannesburg and here. The share prices keep changing. All I know is that I have a portfolio of different companies.” He says Simba Group employs more than 1,700 people” (Mbanga, 19.06.2015). Certainly he should talk about his net-worth now as his being bailed-out in Uganda, maybe he should sell some of the companies in London and Johannesburg, if he is as rich as that or maybe it is just big-talk? 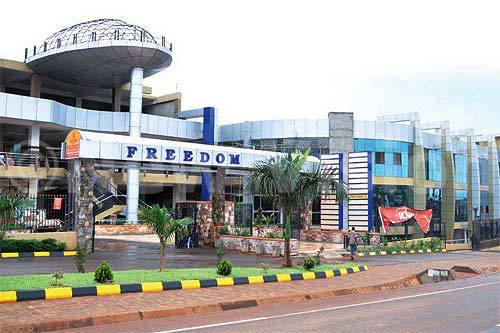 Grapes Construction has a debt of Shs. 100bn to Stanbic Bank. Who owns the Freedom City Mall in Kampala; The owner of Grapes Construction is subsidiary of Grapes Group who is owned by John Ssebalamu. In 2014 he had an issue with the Kenyan renter at the mall of the Company UCHUMI: “At the end of last year, it emerged that Ssebalamu the owner of Freedom City had sued UCHUMI for failure to pay him arrears amounting to over Shs340million” (Red Pepper, 2014). In 2015 he had monies to spend on the NRM: “John Ssebalamu shs100M”. This Shs. 100m was going to build the NRM House, so the coins given seems to give back profits. (Xclusive.co.ug, 28.06.2015).

Sojovalo Hotel has debt of Shs. 8.3bn to the Kenya Commercial Bank. The owner William George Kajoba also gave Shs 50M to the NRM House(Xclusive.co.ug, 28.06.2015). So with this new project from the government, the pledge in 2015 gave a hand back to the businessman and his Hotel close to the Kabaka in Kampala. 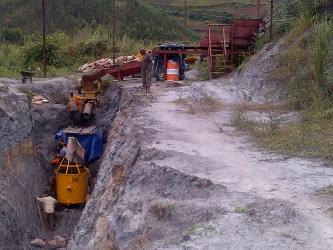 Krone Uganda Limited owes Shs. 2.5bn to the Tropical Bank; the business has 3.000 empolyees. Krone Uganda Ltd is the largest miner and exporter of wolfram (tungsten). In the Daily Monitor in 2015, this was written about the company: “the ministry refused to allow them export three containers – 20 metric tons of wolfram worth about Shs1.4 billion ($450,000) that is stuck in various warehouses. They are charged Shs640, 000 ($200) every day as “demurrage” (charges that the charterer pays to the ship-owner for its extra use of the vessel) since February” (Musisi, 18.07.2015). So the government own policy on mining and Value-Added Producing is the reason behind the debt growth of Krone Uganda Limited.

MS Frank Ssonko Ltd owes Shs3.5bn to the Crane Bank, but got assets worth Shs. 9.9bn. Another one is Ahmed Zziwa owes Shs. 10bn, but has assets worth Shs. 20bn. Ahmed Zziwa are the owner of Anglo Fabric (Bolton) limited who imports and sells soap in Uganda. Steven Mukasa owes Shs. 10bn. While having Shs. 40bn in assets. Even owning land on Makerere University, at the level of 8 Acres and even at one point was putting Prof. Baryamureba for stealing Shs. 140m of building material from him in 2010. So he must be NRM guy!

I hope this was enough for now. Not to talk about too much tax-money given away in the name of saving them, instead of making the rich even richer! Peace.

One thought on “Seemingly the Ugandan Government bailing-out corporations… or is it way of Mzee to give monies to his loyal cronies?”