As the Brexit vote changed the United Kingdoms and the atmosphere amongst the Politicians, today’s result of Theresa May instead of David Cameron in Downing Street Number 10; might not be too surprising as the events unfolded. The other parties in Opposition also have current leadership malfunctions as they thrive on. The Parliamentary Labour Party (PLP) continues to undermine their leader Jeremy Corbyn, to an extent that is flabbergasting. While the United Kingdom Independence Party (UKIP) is trying to find another flamboyant leader to excel after Nigel Farage; who by his own mind has done his duty, rubberstamp the ‘leaving the EU’ but not planning how to finish it.

There been wide speculations after the resignation of David Cameron, as both Prime Minister and Conservative Party Leader, who would follow, would it be Andrea Leadsome who nobody nearly was sure who is? Than the backbencher Stephen Crabb who just wished he didn’t text dirty and might had a shot for the being the ring-bearer. The sudden fall from grace and the giant backstabber of the Conservative Party was Boris Johnson who worked against Party Lines for the Brexit and we’re after the Election, decapitated and disillusioned to where his seat where or where he could bike in London, so therefore he said clearly he wasn’t the man to become the next PM. But that didn’t stop the ally in the battle for leaving Michael Gove to throw his gloves into the skirmish of becoming it, as the insight trades and tricks starting with the rational and cynical politician Gove started to raise levels of both discontent with Boris Johnson and also other candidates, but at some point it faulted as the pick of trade we’re Theresa May, a Blairite of the Conservative Party and might be hardliner by the quest of power. She will have her issues as PM and Conservative leader as the Party is still divided over Brexit in-or-out.

The Labour Party have been in disarray since the vote, they have been in shambles, and the recent months leading up to the vote have been with questions of racial remarks and other blunders making the opposition weak instead of strong, combined with mixed efforts to sustain people to vote for ‘Remain’ as the quest was for the Party. The Labour Party have had to reshuffle the Shadow Cabinet a few times during the June 2016, as many have resigned and asked for their leader to step down, as many as 20 MPs and Shadow Cabinet ministers. This happens not only because of Brexit, but because of the coming Iraqi report – Chilcot report who we’re damaging of Blair agenda going to war against the Saddam Hussain Government. Something Jeremy Corbyn have addressed against with passions since before the war and was even inside leaks that his works against was an internal issue in the United Kingdom transcripts between US-UK letters in early 2000s. With that in mind, seems a little suspicious that they want him down right before the report and also in time to concede his position and power to push the grand-issue of using the ammunition against Blair and getting him indicted or getting him to court over the injustice for the maladministration that lead to the war.

The Other grand issue with the PLP or the Labour Party, they had a vote in Parliament on the leadership role of Corbyn, they voted for no-confidence in him in the end of June 2016, just days after the Brexit vote. That have continued since that the Party have continued to undermine their leader as the newly election rounds is coming where the Labour NEC have complied with the rules and let Corbyn have a new ticket on the election, even as Tom Watson and Angela Eagle who wants be the boss instead of Corbyn. This happens just months after Jeremy Corbyn won over the former leader Ed Miliband; who didn’t reignite the party after the fall of grace after Tony Blair. Therefore the situation with the leadership squabble and the internal struggle, that doesn’t show strength of unity towards any election. The Labour Party seems more divided between too fractions the Conservative MPs who are Blairites and the Corbyn who are more socialistic. That must be also part of the friction between the meager alliances inside the party. 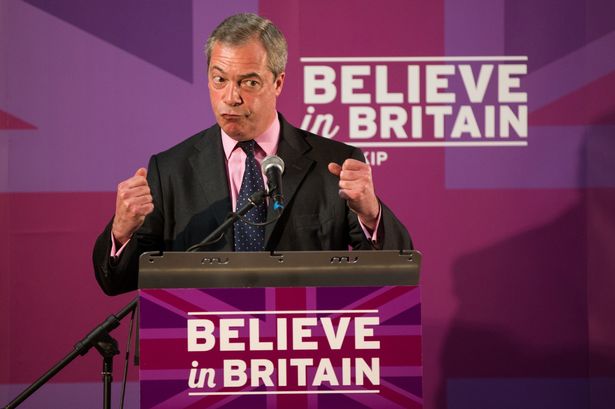 While the two parties are doing their business, the UKIP have also change of leader, as Nigel Farage, the most loud and obnoxious leader in British politics stepped down after succeeding the Brexit election and making ready for the United Kingdom to leave Brussels and EU behind. One man that is supposed next man in line is the UKIP MEP Stephen Woolfe, another is Jonathan Arnott and Paul Nuttall. Who will be lucky duck to quack the drill of Article 50 and be addressing grievances of the ignorant Englishmen, is likely one of the three. Who it would be, hopefully a fellow with little charisma and little standing in public, as the people then might lose interest in a party who thrives of xenophobia and fear of the unknown.

This all will lead into an uncertain future, what will happen with Liberal-Democrats is not easy to know, as the men and woman there have been content or not outspoken after the Brexit. A rare vindication in amass of speculation following the vote… What is surely there will be cake-walk for Theresa May as the PM, as the Conservative Party MPs might int the end agree with her bargain, but will the whole Parliament accept a candidate for PM without a general election?

The other grander issue following the leadership squabble and mediocre display of character by the men leading up to the vote, the little planning of how to execute and create a dialogue with Brussels. The other standing issue is the Scotland wish for a solution towards their grievances with England and Wales, as they want another path, even vote out of the Union with the British Islands, so they can become a part of European Union as a Separate State, and the role of Nicola Sturgeon might not be easy Theresa May, as she is pro-EU, but need grace to keep Scotland in the United Kingdom. As the Irish question also comes as Dublin and other parties are asking for all Irish men to be in the European Union, as the Northern Ireland secession into a United Ireland, not two different states, but one Island State. That would also be countering dilemma in the waiting for the next government and No.10. The last straw of the ballad of Brexit is the Gibraltar sovereignty and if it is still to be British or to become part of Spain. That is not something the UK or England’s government can brush under the rug, though the bigger question is if they still can keep City of London pumping with foreign cash exchange and the imported Virgin-Olive Oil from Spain and Italy without any considerable added-tax and regulation as they leave the EU.

This with the issue that Theresa May will have on the question of legitimacy of her leadership and as a Prime Minister. She might be legally “elected” as PM through the Parliamentary group of elected men and woman in the UK Parliament under the Conservative Party Group decided for her. That might be just by law and such; still the British people can question her legit place and role as leader of the Nation. So if she really wants to run as a democratically elected leader of the British people, than she should schedule a new General Election. There the clean-up and the new leaders who could be ready to set up committees and negotiations with Brussels, in speed and quality of industry, business and people’s will. There many questions and many ones that needs to be addressed while the other political parties are interrupted by this Brexit. So the reality of the aftermath is what the outcome will be in the end. What the European Union will do and how the other member states will agree upon the actions by the EU. That is something we have to look at. Peace.