Press Statement: The Government of the Republic of Zambia has today June 21, 2016 closed down Post Newspapers Limited (21.06.2016)

The Zambia Revenue Authority officers, under instructions from State House, arrived at Post Newspapers head office and printing press around 17:00hours in the company of armed police, demanding that the company pays a total of K68 million (US$6.1 million) disputed tax arrears immediately.

Post Newspapers general manager for finance Rowena Zulu then explained that the money ZRA was demanding had already been paid almost in total. But a ZRA officer responded that they had not yet accessed the money and thus they could not withdraw the warrant of distress.

The lawyers from Nchito and Nchito then produced a court order restraining the officers from issuing a warrant of distress on PostNewspapers, but the officers disobeyed the order. Instead, the ZRA officers chased all employees who were still working at the head office, before locking up the entrance.

At the printing plant, the ZRA officers also switched off the printing press, locked up the premises, leaving the heavily armed police officers in charge.

This above is written by The Post of Zambia! 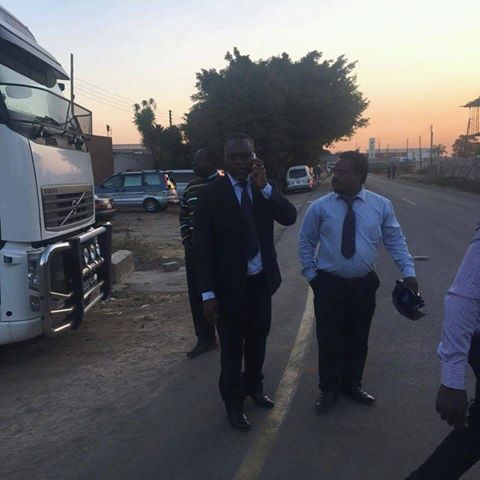 Some other statments on the matter:

MISA Zambia issued a high alert on the situation it is monitoring stating; “A media house’s economic freedom is closely linked to its editorial freedom and the situation with the Post is a classic example of what happens when economic freedom is manipulated to interfere with a media house’s editorial freedom.” (MISA 21.06.2016).

“Last week, UPND President Hakainde Hichilema said he was warned by the Intelligence Officers that President Lungu was planning to close the Post Newspaper to pave way for rigging the elections. And surely today he has closed it down using PF carders in ZRA uniforms” (Mwebantu News Media, 21.06.2016).