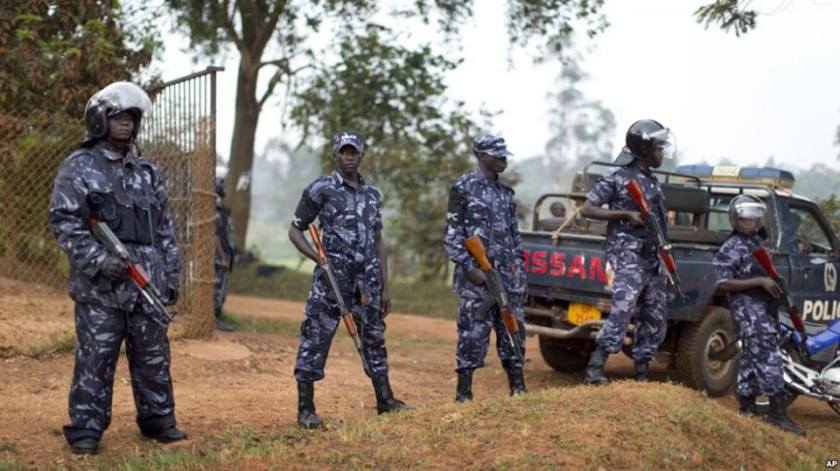 There is now reported that around the Forum for Democratic Change (FDC) leader Dr. Kizza Besigye have now a total shut-down of visitors again. The Police Force has decided to stop anybody from entering his home and the ones trying is detained by the Police. All journalists are dispersed from the area…

The amount of people that have been taken into custody is in the staggering amount of 50 people and the Police detain them all. So the ones who try to get to Besigye at this point is now detained. That should be warning at the signs of control that the Police wants to have. DPC Kasangati James Kawalya must have enough to do and busy days of late. Hope he get his paycheck on time, as civil servants usually get it late…

On other news, the reason for why FDC Secretary Harold Kajja was arrested at FDC Headquarter at Najjankumbi earlier today! 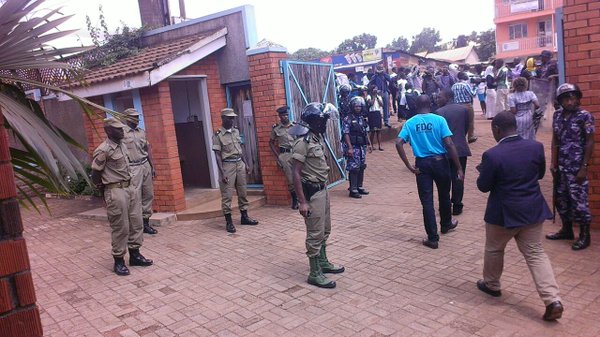 “This is what the Kampala South Regional Police Commander, Andrew Kagwa said of the arrest.

“[There’s a person we picked from there [FDC], the rest the law will take its course. As a police officer I have powers If I suspect that you are about to commit an offense, I arrest you. We have made an arrest but I really don’t know specifically, even if you ask me his name, I don’t know who is but we shall know the person who was arrested later” (Observer.co.ug, 09.05.2016).

This happens while also documents, computers and all the other material at the FDC Headquarters are been confiscated by the authorities as they are no proving what I been saying for a while. They are now officially a unlawful organizations, who are by decree an illegal entity that is not a political organization as the Interim Order abolish this party and their organization. So the Party is now totally illegal with full effect and no mercy. As the NRM only let the silent and little meager political hold-on until they speaks out against their regime or trying to go against them.

So the level of arrest and reason is in the wind as the charges and the Police arrests the Forum for Democratic Change, because they are affiliated with the party and want to silence the opposition in the days into the Swearing-in at Kololo. The Post-Election climate shows the level of impunity and access of liberty in the country for the citizens and the men who is not loyal NRM cronies or part of the NRM elite. The ones who work for change and for democratic values might end-up in the chambers of prisons cells, while the National Resistance Movement continues to embezzle state-funds and inviting fellow totalitarian leaders to their shores to make the best out of the coming event. 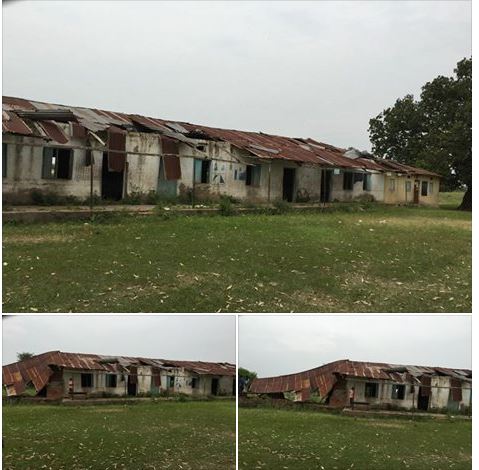 Let it be known that the event that NRM throws to themselves are greedy guts who can’t even supply the people steady progress in Health Care or Universal Primary Education as the medicine, equipment, salaries or even buildings are standing as the pledges of the three decade long rule have not beard fruits. So the tree that was supposed to be good and be ready to be ripe, is dying because the government have stolen the water and the shaded the sun. I know this is a picture, but the image I am portraying is the way the government have embezzled and taken government funds for themselves, not to procurement for needed investment in institutions the government is in charge of.

That is enough for now. Peace.