There are circulated and planned demonstrations against the National Resistance Movement and their “elected” government during the General Election of 2016 and was announced and declared by Eng. Dr. Badru M. Kiggundu on the 20th February. That they waited for the Supreme Court Petition of Amama Mbabazi that they cascaded and destroyed by all means. Just the same way the Uganda Police Force went after Democratic Party Members, FDC supporters and leadership in the days after to destroy evidence of the altering and rigging of the election.

The Reason why Uganda People’s Congress haven’t done or had any issues after the Election is because their leader Jimmy Akena have done deals with the NRM and even had his own people in the party campaign for the NRM in certain areas. Therefore they have been left in peace as they in solidarity have concocted an campaign trail together with the NRM, as well as the Party had no Presidential Candidate, which is also an extended token to the NRM and their Executive.

So with all of that mind, with the electoral climate and the electoral process that have been farce, where the South Sudanese rented troops was around in the nation during the election days, together with the army and anti-riot police stationed on the streets while the election and polling where held. Where the ballots and pre-ticking extensions and the certainty of Police involvement in central parts of the electoral process, then you know that the general election was neither free nor fair for the people and the citizens hadn’t their vote, they got the people the Executive had selected, not the ones the people wanted to have elected.

Elected by the people is whole stage of difference than the Selected from the Executive. That is power of the President and the president that has presided since 1986. The man who does not believes in the will of his own people, because he selected the leaders for them, if they don’t show loyalty towards him. He is the only man with a vision, as well have heard so clearly and everybody else is not able to run the country. I am sure he has stalled the procurement of the Cobalt 60 Teletherapy Machine at the Uganda Cancer Institute to facilitate more cows to one of his ranches.

In this days and age, the reason for extra haste and other meetings at the State House is that the Russian and French investors in the Oil Development that is the key to new ways of extorting the state, as the Executive have done for 3 decades. The reason why the deals of the Pipeline between Ugandan Government, Tanzanian counterparts and the Total E&P Uganda is uncertain, as much as the drilling agreements in Lake Albert by Total, China National Oil Offshore Corporation (CNOOC) and the others who have gotten rights to do so. But, that is not important as the exotic dancing at the clubs of Kabalagala in the Suburb of Kampala is the real danger of the country. Just ask the wise-guy Hon. Jim Muhwezi, he has the vision for the sodomy of the nation and the danger of dancing!

The hesitation also of the final days of the 9th Parliament to fix themselves some more cash without questions while stalling the budget talks for next budget year of 2016/17 that was supposed to voted-in Parliament; but the Members of Parliament wanted to be sure of a pay-rise for the Nobel duty of being Selected by the Executive. The Executive knows this and let it go, because he knows if he needs anything done he can just give them little sweet brown-envelopes and they will let him be giddy.

So with that all in mind, the planned demonstrations, the running and planning building a petroleum industry behind closed chambers, the amazement of last-pitched laws of the 9th Parliament and last saga of late the speakership of the 10th Parliament.

10th Parliament like the 9 Parliament before needs a speaker and people are fighting for it, the Incumbent Kadaga believes she is the one for it again, the deputy Oulanya believes it his turn and other are throwing in their vote for confidence of being it. The NRM have no plans of letting a opposition leading the Parliament minutes and the organizing the structure of the lawful assembly of the land. That cannot happen, because the NRM and the Executive need to work in own speed and own liking as the Executive is the final word as he fix the votes and run the land. Therefore his last word on who becomes it and who is dismissed, just like Amama Mbabazi and Gilbert Bukenya have been dismissed by him for their ambition, so if the speakers become the same; I am sure he will do it again with force of the NRM CEC and the screaming tone of NRM Secretary General Justine Kasule-Lumumba. Be noted, that will happen, because he keeps people hungry and when they see a moment of eating more than expected then he hit back.

As we note the days and coming days. The tension of the faulted election will unfold and the questions will remain at what force the Police and Army will address the men and woman who walks to demonstrate, and how will the rest of the days between the 5th May and to the 12th May go. There are the historical pains of the Walk to Work where the tear-gas and the crackdown of it. The Police have ever since been monitoring and also spying on the opposition with their Political Police and Commission that been vicious on the dismantling the hopes of the opposition. 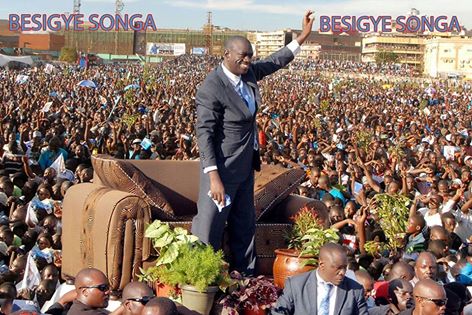 So how it might go is hard to predict as we can hope of the grand show-up of the Nomination Day around Kampala, if so then the Police Force cannot take them all and wind-down the demonstration with water-cannons, live-bullets and tear-gas. This I say because this is the tactics of the Police Force, even take Helicopters and Armoured Personnel Carriers and Mambas filled with officers to control with harassment of the fellow citizens. So the Police will want to dissolve the matters and the will of the people with the tarnish of civil disobedience. That is what I am worried about as the loss of life and the loss of will after 30 years of oppression.

And I have not even mentioned the started wrangles between the councillors, KCCA administration of the selected men and woman of President Museveni and the elected Lord Mayor that they want to rid-off for the second time. Because the Mzee believes all of the opposition supporters of Kampala are cockroaches or rats, depending on the way he does not talk about crash or kill opposition as proven in the Supreme Court Election Petition of 2016. But, hey maybe I am wrong. You can do the fact check on the words used by the His Excellency during and after the Election Day. 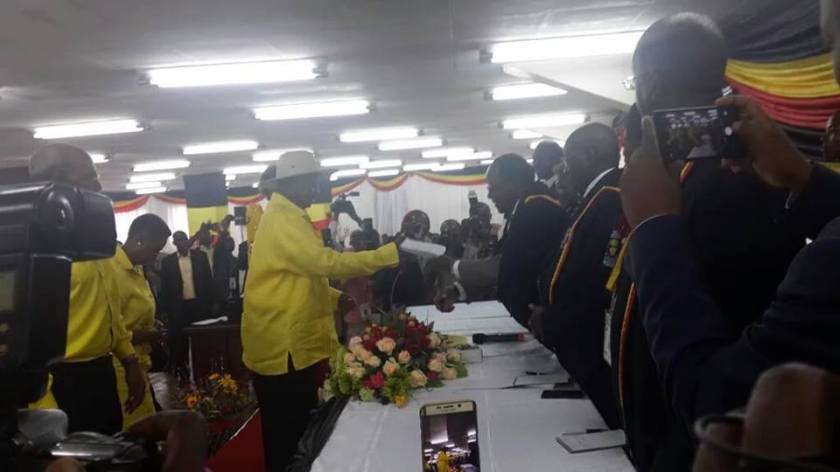 So even if Don Museveni gets President Mugabe, President Kenyatta, President Kagame, President Kabila, President Kiir, President Al-Bashir, President Sheik Mohamud, President Magafuli, President Gulleh, Prime Minster Hailemariam Desalegn and so on. They will surely grace him at Kololo and surely nobody will attack the car of President Mugabe this time. As they did last time he entered a roundabout on the road towards Kampala from Entebbe International Airport. Surely the men and woman, who grace the Kololo, will either be the few die-hards of NRM, the actually paid for the day Crime Preventers and the ones that are earning on the National Resistance Movement. Even some ambassadors and other pleasantries will show-up. Even some of the singers like Bebe Cool and Jose Chameleone will be there to sing-a-song. So you are warned.

The levels and magnitude of it all is how the world will perceive the days and how the Police Force will act towards the Opposition. How the mentality and the grandest approach, how the rhetoric and words from the ruling party will also show the TRUE state of affairs.

The international reactions and the real surface of how they will deal with it; as we know the American Africa Corp have recently given more technical gear and training to the Ugandan Army in Somalia. Not that makes headlines or be questioned as the President Obama have talked about leaders who never leaves, but at the same time gives handouts to the same men he critic. That is saying something, but acting differently and is hard to fully follow and accept.

It is in this view that the 12th May will show who is loyal and who his friends are, this will show how powerful and loyalty towards the 30 year ruling President Museveni. The Besigye move is deteriorate and also show that the legitimate Executive are something Museveni is not, not at this point and time. Therefore he uses all tactics to oppression and harassment of the opposition. That I fear also will transpire in the coming days as the Police Force, UPDF Special Force Command and the Flying Squad will surface to violate the rights of fellow citizens of Uganda without any consideration to the violence or the extended freedoms they take away to enforce the rule of their Executive. That is the sad prospects I envision, but if the people show up on the 5th May 2016 as they did on the Presidential Nomination day in November 2015, then the Police Force cannot “kill” or dissolve the demonstration. They have to let it go, because the majority will control the streets even when the Anti-Riot Police have to lay low as they can’t brawl with every person on the street. They can only take a small piece of the population, as they are a minority, but a minority with weapons. 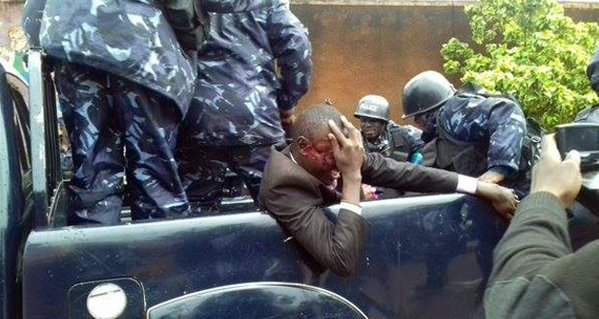 Let’s hope that the oppressive regime will get a peaceful shock and that the preparation for the Swearing-In at Kololo Independence Ground will be shackled and feel the heave of the population tiredness of their Executive and his regime. Peace.

One thought on “The Announced Double Swearing-in (In) Uganda on the 12th of May; Doubling down on the days ahead…”