There was not too far ago when the Government of Kenya was dreaming in their wild pipedream to advance their own ideas and manage to hook the Ugandan Government so they wouldn’t continue with the progressive agreement with Tanzanian counter-parts. In the end it seems like the waves are long gone. The wind from Lake Albert never seemed to turn. 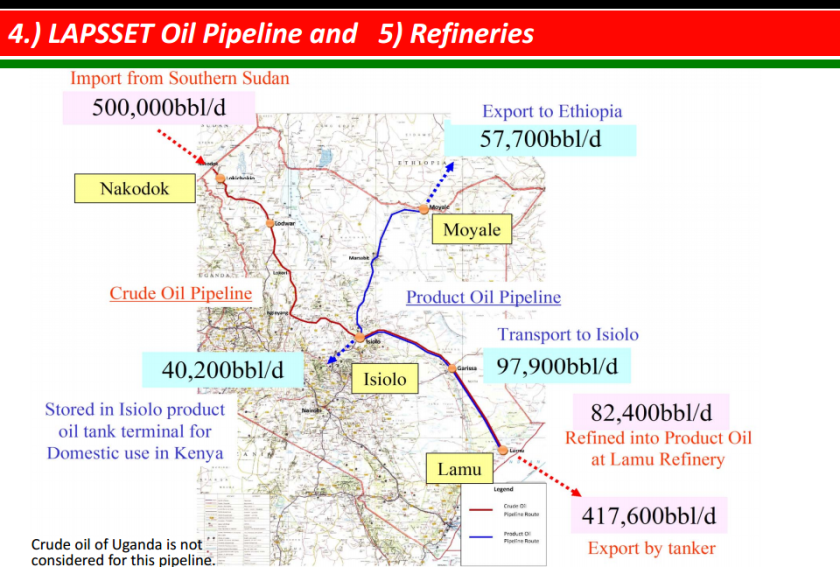 We had to wait until 23rd April 2016 to be reassured that the President Museveni and his NRM could not be persuaded to be a continued or locked into the LAPSSET:   Lamu Port Southern Sudan-Ethiopia Transport. So it would be from Hoima, Western Uganda into the Northern Kenya bypass into the prospected lines would go there both from Ethiopia and South Sudan down to the shores and bays of Lamu Port.

Instead Uganda have continued and promised to honour the 2015 Memorandum of Understanding with Tanzania the Uganda–Tanzania Crude Oil Pipeline (UTCOP); that goes from Hoima or Lake Albert through the Tanzanian nation down to the shores of the Tanga Port. This is also because of the agreements and assurance of both governments and also the new Oil-Drilling companies in Uganda like Total and ENI. They have also spoken their peace and does not feel safe as where the Pipeline goes through uncertain areas of Kenya. So there will be two pipelines and in close reach and also with distinguished end-game; as the economic prospects are changed, the rates for oil-transport will be lost in the sight of Kenya. The Kenyan cannot now have future prospects of the oil-rates and jobs as a Pipeline gives. They will have cough-up the funding and most likely more borrowed money for the grand infrastructure.

The Ugandan will use funds and borrow monies to fund the pipeline-building and also give tax-payers and jobs in Tanzania. The rates by just transporting the oil from A-B will be a good tax-base for the Tanzanian Government. President Kenyatta hoped that his close relationship would help him and also with his Deputy Ruto also campaigning for Museveni to give something back. Seems like that didn’t help as the President Kikwete already have sweetened the tea and offered something that also helps to calm down the Oil-Drilling investors and their envelopes. 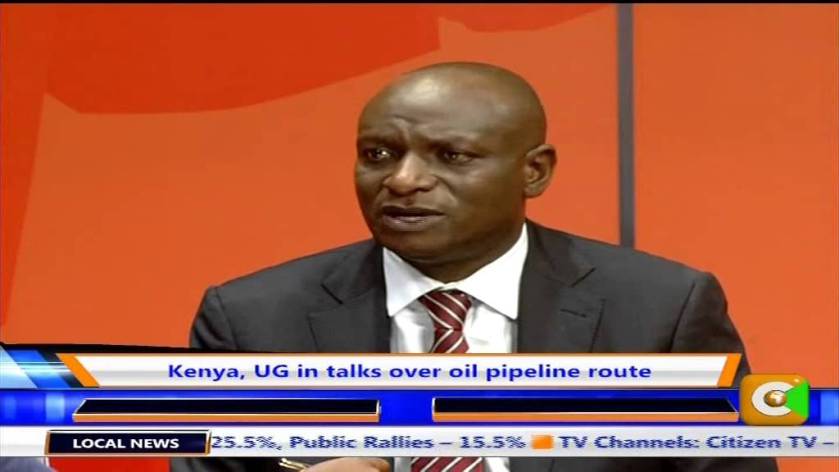 CS Keter of Kenya must be disappointed as his detained moment in Tanga Port came to nothing and the KDF forces inside Somalia are the reason for the fallout. Though I doubt that is the main reason. That is the diplomatic reason from the Ugandan Government. Ugandan Government and NRM-Regime is about money. They are all about the money, therefore the non-accountability and non-open tax-regime. The Ugandan Government would never say that is the main reason, but if Total, ENI and CNOOC words and tax-base is the current controlling the reasons for President Museveni. As he wants them on his side; so he can have secret deals with the Oil-Companies and keep the low-key taxes; not to talk about the un-disclosed agreements between them and the government of Uganda.

Therefore I am not surprised I think they only went into the talks in Kenya to please their neighbour and trading-partner as the relationship have soften over the last few months and the President of Kenya and President of Uganda have cherished more time together. As President Museveni have played the big-man and asked for suitors while waiting for the words from the Oil-Companies. The excuse of not taking Kenya is certainly been given by the Oil-Companies as the Ugandan President will only take the highest rates and the lowest fees for the construction. We can see that the borrowed monies that will be used should have low-charges and be clearly not too bad to GDP or the national inflation. 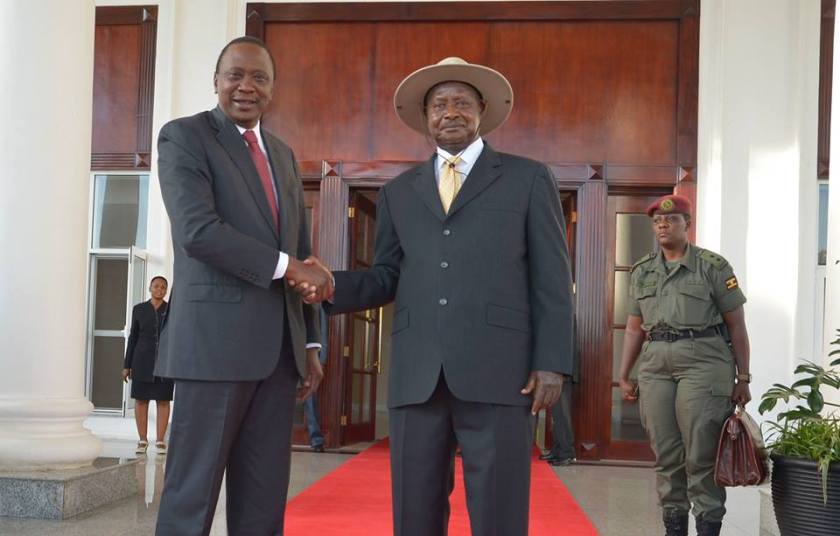 Still, the matters remain how the relationship really is between Uganda and Kenya. As they have fought over the little Migingo Island and chicken export fiasco. An the Recently also covered a squabble over Yellow Fever Notes to give to Border Patrols to be relieved and be allowed to Enter into Kenya from Uganda. So with the decision to abandon all hope for Kenya and totally give way to Tanzania; will be hurting the pride of the Harambee in the coming weeks. Especially since the Kenyan has tried to get the Ugandan’s to use their port instead. This backfired and didn’t work.

I hope that this doesn’t stop the other Northern Corridor Integration Projects (NCIP) as of the Standard Gauge Railway and others that can connect the nations and bring softer transport of people and goods between the East African nations. Certainly the matter is at hand and the justification would be “terrorism” as why the pipeline didn’t get extended. Though I believe it is much more to say “cash money” and in general the black gold revenues.

This here will certainly be uncovered over time and the real reason will show-up by the Al-Shabab is a deflection and we know the gig is up. Peace.