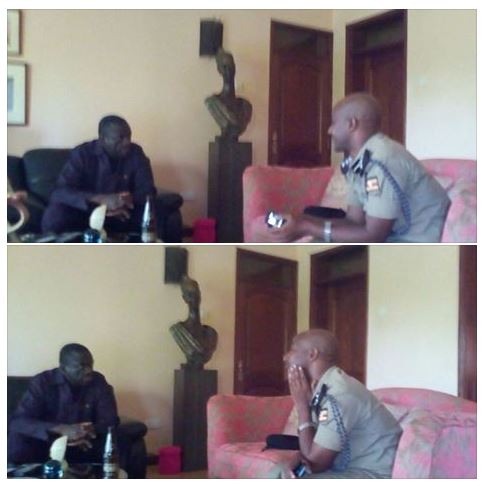 This morning the Regional Police Commander Wesley Nganyizi came to Kasangati home of Dr. Kizza Besigye, not only for pleasant conversation about how the route to FDC Headquarter in Najjankumbi would be to the ‘Free My Vote’ Prayer. As we could see he was finally a bit active in town, allowed to be at FDC Headquarters and also to the bank. Wonder what next sightseeing for Kizza Besigye is as he was allowed to do party work and also take-out money from the Crane Bank. 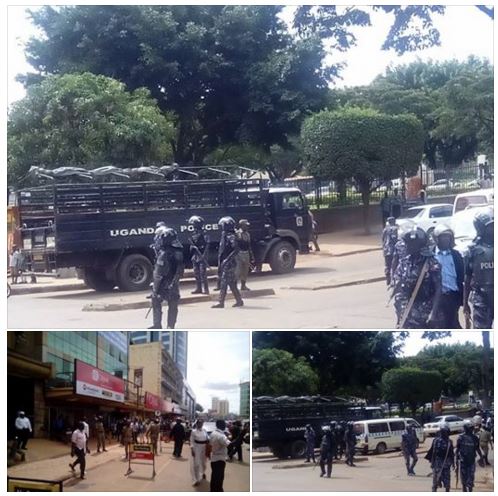 He came also to inform Besigye about this:

“The police are running out of funds for abusing the rights of Besigye. The operation has become too costly and exhaustion has caught up with the force”.

After the Prayers Besigye needed to take out money and went to the Crane Bank, as the FDC leader who had a Police Convoy from Kasangati to Najjankumbi, the same Police Convoy has followed him to the bank. The Police even sealed of the Crane Bank and the Kampala Road, while also chasing away people from the Bank because Besigye was there.

As he went there on the Kampala chaos started to occurs as the cars and the bank is sealed off while his car is monitored. The pictures show how much fuzz it creates with a Police Convoy around the Besigye in the central Kampala. 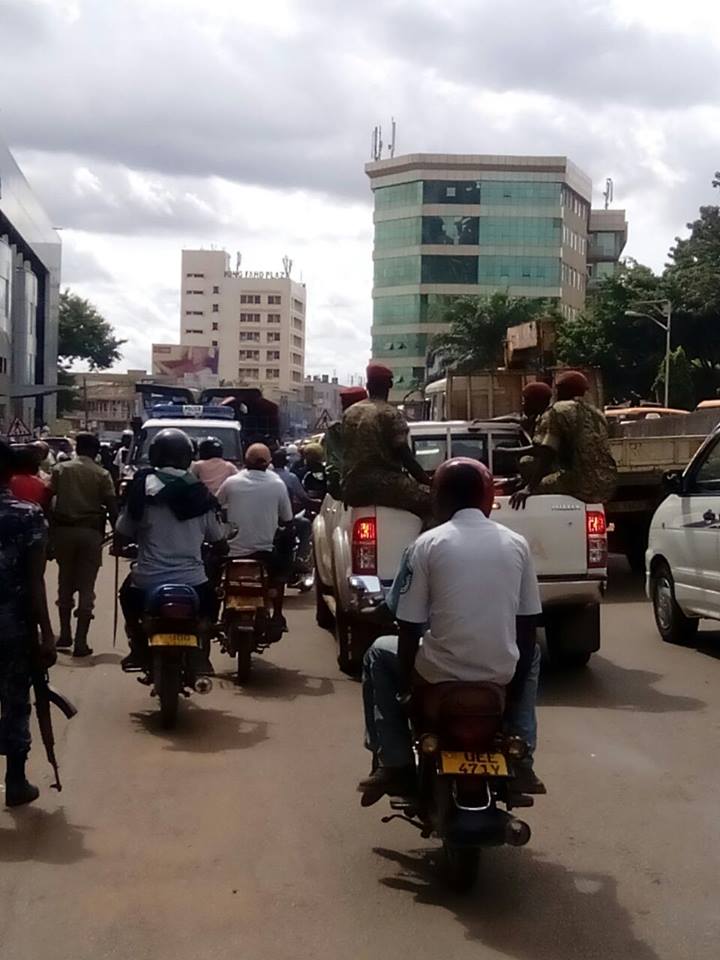 They really fear that the crowds will attach to him and his presence outside his home. Therefore the convoy even had boda-boda in civil that drove around with pepper-spray so that they will back-off from the convoy of Besigye. Peace.