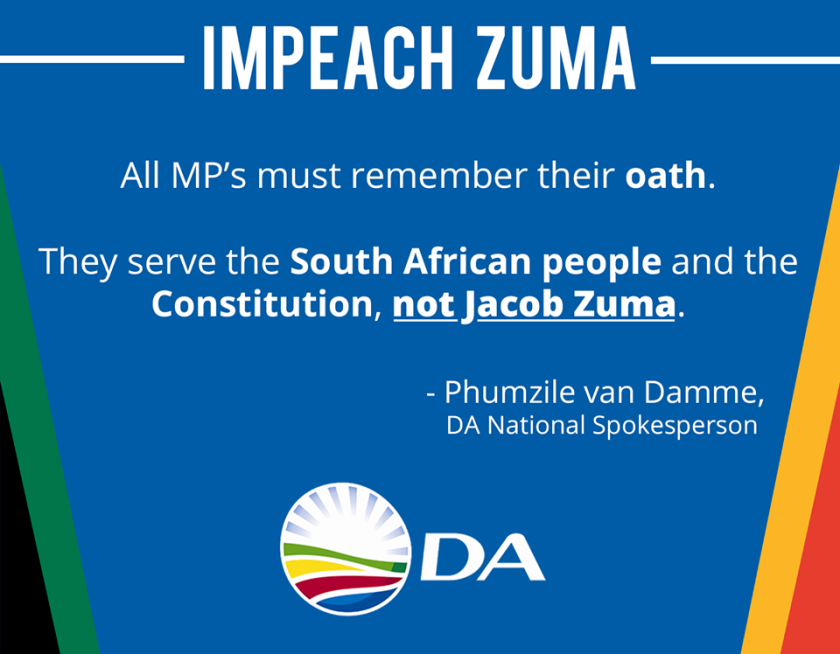 Following last week Thursday’s landmark Constitutional Court judgement, Members of Parliament (MPs) have an important opportunity to restore Parliament’s reputation and indeed that of South Africa’s democracy by voting in favour of the motion tomorrow to impeach President Jacob Zuma in terms of Section 89 of the Constitution.

This is the first time in our country’s democratic history that Parliament will vote on a Section 89 motion to remove the President. This is fundamentally different from a motion of no confidence, as it requires one or more of the following grounds to be established:

“(a) a serious violation of the Constitution or the law;

(b) serious misconduct; or

(c) inability to perform the functions of office.”

This motion, if successful, will also mean that President Zuma will not be able to receive the benefits he would have usually received when he leaves office. It is therefore a sanction. This sanction is an important check and balance provided to our Parliament, as the representatives of the people, to stop brazen abuse of power by any President.

All our MPs, regardless of political affiliation, must take this option seriously. When President Zuma violated the Constitution he threatened the very fabric of our constitutional democracy. As the elected representatives of the people, we must stand together and send a message that this will not be tolerated. 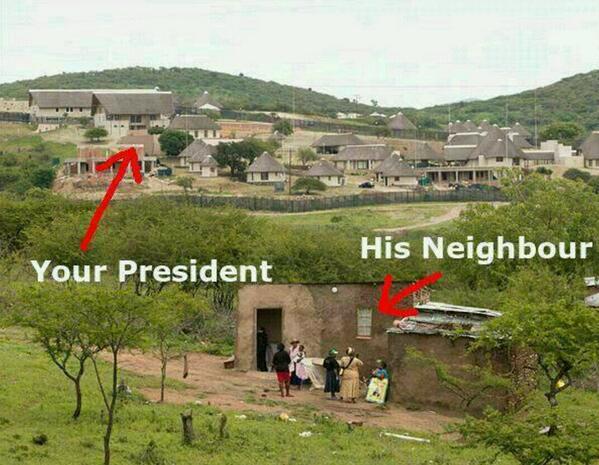 To do this is not just a recommendation. It is a requirement of our Constitution. When we were elected to Parliament, we swore an oath to uphold and protect the Constitution. Tomorrow, we must remember that oath and that we serve the South African people, and the Constitution, not Jacob Zuma.

As the DA, we therefore call upon Members of Parliament, representatives of the people of South Africa, on either side of the House, as well as society as a whole, to mobilise to support this motion of impeachment to remove Jacob Zuma from the highest office in the Republic when this matter is before the House tomorrow afternoon.

It is now time to put South Africa and the Constitution first again. Anything less will be an insult to our Constitutional Democracy, which so many people fought and died for.