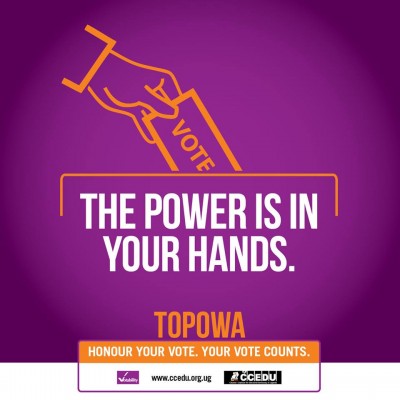 When we speak of Ugandan election it is not often Mark Twain comes to mind, but he should be spoken about like folklore and around the bonfires and around the charcoal since it exactly what happen. Mr. Opondo has yet again come to the defense of his party and his master. Last time I addressed him on the 1st February 2016, when he attacked the Media and the FDC. He does the same thing again, now in another manner, but still needs to comment and arguments need to be sealed and show how the misleading words of the NRM spokesman are. If these arguments from the NRM spokesman are true, then I say that the voting done in the Presidential and Members of Parliament Elections in mid-February wouldn’t make a difference, since the NRM just let the citizens do it. But we would hope the value of the votes mattered more right?

“I take issue broadly with the Ugandan media’s coverage of election campaigns and results so far. It surprises me that more than a month after the public declaration, official release and gazzettment of the election results by Electoral Commission (EC) the mainstream media of radios, television stations and newspapers continue to parrot the false and absurd claims by Dr Kizza Besigye of the Forum for Democratic Change (FDC) that he was ‘robbed’ of victory at the last minute by the NRM in connivance with the Electoral Commission and other State organs. FDC lost 17 of its 35 MPs in the 9th Parliament, and the party hasn’t made any gains at all!” (Opondo, 2016). 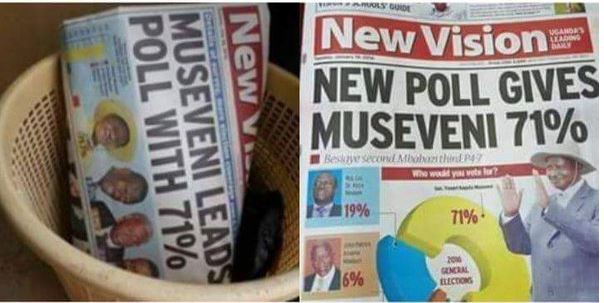 Well, the reason why everybody can claim what surprises you Mr. Opondo is that the men and woman with the Candidates Declarations Forms from the Polling stations from other parties have been detained, the amount of polling stations counted in the official announcement and results are small, the pre-ticked ballots evidence have been massive, even polling officials have had ballot-boxes pre-made before the Election Day; therefore with the massive amounts of the rigging the claims that surprises you shouldn’t Mr. Opondo, but I know you would say anything that your master command you to. As you are not allowed to think on your own right Mr. Opondo? I know that hurts, but by now it must be facts. If a rigged elections and the results from the elections is seen as verified then the might be a loss for the FDC, but even though they might not have lost, since there was no crowds celebrating your grand victory and the country was mourning while the soldiers was heavy deployed and the army was standing around Namboole Stadium and the Electoral Commission Headquarter unto the time for petition the elections on the 1st of March. So your victory can’t be that big when you need all security organizations, the army and the police at standby, if the public wanted your victory they would catch chicken thieves and not having Dr. Kizza Besigye under house-arrest ever since the day before the Election Day.

“In this election, Besigye gained 1.5 million votes compared to two million votes he got in 2011 while Museveni’s gain was a paltry 500,000. To the NRM strategists, this is the most shocking, indeed worrying trend, and having located the cause as being our messaging, strategy, campaign style, internal laxity, occasioned fraud and widespread bickering. We shall not blame anybody else except ourselves. Actually, to be frank, we were almost swept away by our collective failure to robustly respond to the Opposition demagoguery on issues of youth unemployment, despair among the urban population, poor and yet expensive public service delivery and bad public relations, especially to distribution of soft campaign cash that often got stolen along the way among other issues. This, to the Besigye camp, should give hope that with better strategic organisation, not only falsehoods, they can in the future topple NRM through the ballot instead of being bad losers” (Opondo, 2016). 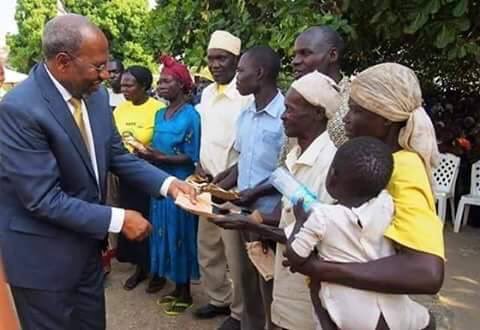 Well, the NRM Task Force and Campaign Team have used large war-chest and monies on the election, ferrying more voters than ever in history. The cause doesn’t seem important as the recycling pledges from the leader of NRM and the President. There been internal problems that are visible ever since the Executive decided to cut ties with Amama Mbabazi. With that the Party has struggled through a strange internal election called the NRM-Primaries, and even in the end payed to have the losing incumbent as “NRM Independent” in the General Election. You can claim stolen campaign funds while you have scandals of money from the Bank of Uganda used for campaign, getting money from the Government of Kenya and giving away UGX 250k to every village in the last days before the Presidential Poll on the 18th February. If the FDC came with only “Falsehood” and still feeling the need to defend the ballots, the ballot and pre-ticked ballots and the statistically strange results of 100% for the NRM candidate at certain polling stations. There are too many issues from the Election Day and the late release of Election Material in Wakiso and Kampala while the Kaabong Town and Lira Town could vote from the early morning on the Election Day seems like rigging to me, as the EC Headquarter are just besides the Polling Stations in Kampala and Wakiso. So Mr. Opondo the deal with feeling bad about losing is that there to many factors in the pot to make a to tasty stew for the matooki, it is not just beans, it is leafs, onions, spices and water mixing well to feed the pundits and commentators with enough to question the elections. If the FDC could topple the NRM, then the NRM should not worry about defending all the Electoral Malpractices during the Election and Pre-Election Period proves the problems that the NRM Spokesman struggles with. That must be the reason why he had to defend yet again the Election Announcement and Declaration. But Mr. Opondo does not have the heart to discuss that and suggest the issues since that really weakens the argument he needs to justify the so-called “win”. 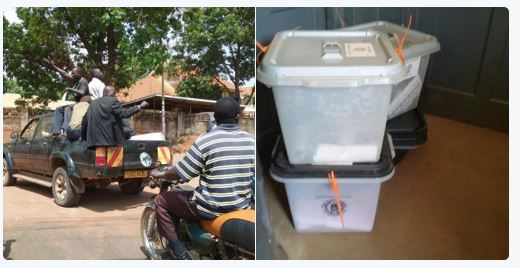 “The claims of rigging, especially at the last minute through alleged intimidation of candidates’ agents, ballot stuffing, falsification or alteration of results on tally and declaration sheets and at announcements are perturbing and incredibly unbelievable. These could pass as truth if the peddlers could at least adduce some verifiable evidence from eyewitnesses and documents in their possession that differ from those of the EC, which ought to be available from the multiple sources, including the media that observed these elections” (Opondo, 2016).

Mr. Opondo, when you got footage, got reports of officials, even police officers having ballots, when you got so many FDC officials and Go-Forward Officials detained, is not “incredible unbelievable”; that sad thing Mr. Opondo is that it is true, if not the FDC would might have had the opportunity to file a petition of this fraudulent Election you claim to valid. The Police have rounded up and taken amounts of opposition officials in jail and at gun-point. I know that you don’t believe that Mr. Opondo, that is because you’re sitting safe in your home and reading while “sighing” and “cursing”. Mr. Opondo I know you wish your party and leadership that pays you creates a “fairytale”, but without your knowledge apparently the Party you’re speaking for and working hard to defend has become the Orwellian. The Election Observers and Monitoring Teams have come with both good and bad. Even said that the Electoral Commission didn’t reform as asked to do after the General Election 2011, the CCEDU and CEON-U were not taken in or even gotten a place in the Petition. Commonwealh was not giving a good preliminary statement; the COMESA/EAC/AU gave a counter-statement that was positive; while the European Union also asked questions; as much as the American Mission in Kampala has also asked for the copies of the forms, with the Electoral Commission complying to the request proving that there are questions to be asked! That is something you don’t even bother to think about, Mr Opondo? Or is that reasoning blowing your mind and boggles the brain-cell that operates your reasoning? 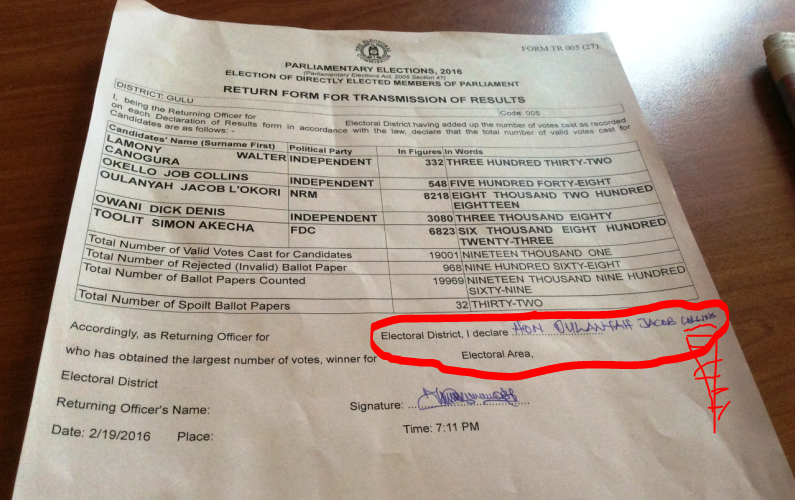 “But, it appears the candidates, observers and media did a shoddy job and are now embarrassed that they cannot provide any credible documentary evidence of fraud hence the generalised allegations of cheating and unfairness. The local media in particular, appear to have been overtaken by the early rumblings in the campaigns perhaps by the way Mbabazi was hounded out of NRM secretary general position and the subsequent obstruction of his initial consultations outside NRM party rules by the police. Unfortunately, Mbabazi’s would-be most loyal and vocal supporter, his wife Jacqueline has been reported indisposed throughout the campaigns and, we wish her steady recovery.  The media silence has left Besigye to make bogus claims, thereby inadvertently lending false credence that indeed he was cheated and fanned public anxiety. Surely, the Uganda media can do much better” (Opondo, 2016).

The Embarrassing part Mr. Opondo with all the knowledge you still attack the opposition who has been detained and struggled. While the NRM has had police by their side, the NRM have ordered the Police and even used them to silence the Media. And when you as a spokesman uses the end of statement implying them to tell the story as you do; you wonder why people are claiming what they do? If it was “Bogus Claims” from the FDC wouldn’t you just let the FDC come with a Petition with the Declaration Forms and witnesses instead of doing what you did? The only good thing you did during the whole statement was to defend the election and attack the FDC. And as a NRM Spokesperson you’re supposed to speak up for the Party, so if you did anything else Mr. Opondo you would do a crappy job, but defending this in this display and rhetoric is not winning or defining the opposition or the announcement of the result.

The reason Mr. Opondo why I have not discussed the numbers and percentage of this election, as that is not necessary as your constant attack on the media. Because of it was fair and the justification of the victory was unnecessary your piece would have made more sense. This was not a piece of clear message and clarifying the victory, more a meager display of trying to defend the election and the winning result. Mr. Opondo if it was a clear victory wouldn’t he be happy people around the streets of Kampala and all over the country? As it has been in the early history of your beloved NRM-Election?

The silence of the media is because of the mourning and understanding of their audience and have followed the UGPetition16 and the actions around that; the other issue is that the NRM have attacked the media from pre-election period, the police has shot a journalist in the head, detained a dozen, confiscated the equipment, taken broadcaster of air, shut of the transmitters of radios, closed stations when opposition leaders comes to scheduled programming, gotten NTV banned from the campaign trail and so on. The NRM is responsible for the climate that the media is in, the censoring and silence is made by the irresponsible and irrational leadership of the NRM and their Executive. But Mr. Opondo could never say that because he has to praise and kiss the Executive ass right?

I think that is enough for tonight. The reasoning from Mr. Opondo is yet again missing and his analysis written by a blind mind, but a hungry tummy as he wants a bigger paycheck; just like Eng. Dr. Badru M. Kiggundu got before the Election. Peace.