The Secretary General has written a report on the status of Democratic Republic of Congo. This here is for me the main aspects of it, as I don’t look at the general cooperation’s and work between the countries in the Great Lakes areas, I will not look into the laws and ratifications that DRC as a nation supposed to follow. As this is the UN and the moral authority, as they work together with other nations to set a standard in the nation, and create an environment for peace. Therefore I have picked certain aspects from the report. As it is a continuation of what I have described before and we can see continuation of it. Take a look!

“Continued presence of illegal armed groups, including the Forces démocratiques de libération du Rwanda (FDLR), the Allied Democratic Forces, the Forces de résistance patriotiques de l’Ituri (FRPI) and several Mai-Mai militias, continues to threaten the security and stability of the region and negatively affects the implementation of the Framework. Furthermore, there was little progress towards the repatriation and demobilization of ex-combatants, including from the former Mouvement du 23 mars (M23) and FDLR, registered during the reporting period. The crisis in Burundi and its far-reaching impact have also contributed to the deterioration of the political, security and humanitarian situation in the region” (United Nation, 2016). 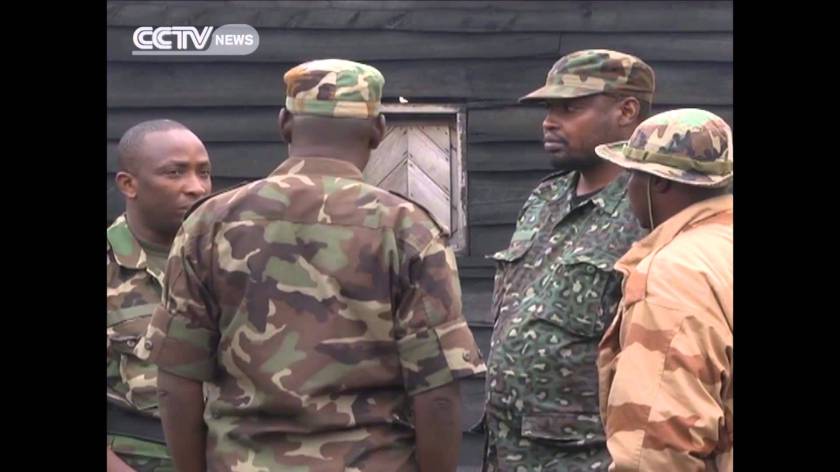 “Almost two years after the signing of the Nairobi Declarations by the Government of the Democratic Republic of the Congo and the former M23 rebel group, implementation remains stalled. Hundreds of ex-M23 combatants are yet to be repatriated from Rwanda and Uganda” (…)”On 23 October 2015, ex-M23 political leader Bertrand Bisimwa issued a statement asserting that the former rebel group would not continue to honour its commitments under the Nairobi Declarations on the grounds that the Government had deliberately refused to implement its part of the agreement. He further stated that the former rebel group would not accept any attempt to repatriate ex-combatants outside the provisions of the Nairobi Declaration” (…)”The National Oversight Mechanism denounced the lack of will by ex-M23 leaders and recalled the Congolese Government’s efforts to fulfil its commitments, notably by promulgating an amnesty law in February 2014 and by initiating the repatriation of consenting ex-M23 combatants” (…)”On 10 November, Mr. Bisimwa appointed Désiré Rwigema as the new ex-M23 coordinator tasked to oversee the implementation of the Nairobi Declarations in close coordination with the National Oversight Mechanism. Mr. Rwigema replaced René Abandi, who had stepped down as coordinator in January 2015 and is now in charge of transforming the former rebel group into a political party” (United Nation, 2016).

“The humanitarian situation resulting from the influx of some 245,000 refugees from Burundi into neighbouring countries since April 2015 remains a matter of concern and priority” (…)”Inside Burundi, the crisis has exacerbated the situation faced by an already vulnerable population that includes 25,000 internally displaced persons. Protection of civilians is a growing concern; over 445 people have been killed since violence erupted in April 2015. The country’s instability has also caused the deterioration of already fragile livelihoods, with the result that some 3.6 million people are considered food insecure and 150,000 children under 5 years of age acutely malnourished” (…)”Some 1.5 million people have been internally displaced, while 7.5 million people are in need of assistance throughout the country. The forced closure of the site for internally displaced persons in Mukoto, North Kivu, on 12 January 2016 caused new displacement” (United Nation, 2016).

“In the Democratic Republic of the Congo, security and intelligence officers have reportedly clamped down on activists and political opponents opposed to changes to the country’s constitutional provision on presidential term limits. As indicated above, the security situation in the eastern Democratic Republic of the Congo remains volatile, with armed groups, particularly the Allied Democratic Forces and FDLR, carrying out deadly attacks on civilians and committing acts of sexual violence” (United Nation, 2016).

“the Congolese National Police arrested Ladislas Ntaganzwa on 8 December 2015, pursuant to an arrest warrant and order to transfer issued by the International Residual Mechanism for Criminal Tribunals on 7 May 2014. Mr. Ntaganzwa had been indicted by the International Criminal Tribunal for Rwanda for genocide, direct and public incitement to commit genocide, and crimes against humanity, in connection with his actions during the 1994 genocide in Rwanda. He had been at large since 19 June 1996 and was allegedly living in North Kivu under the protection of FDLR” (…)”the Government of Rwanda reciprocates by transferring the former leader of the National Congress for the Defence of the People, Laurent Nkunda, as well as other Congolese nationals who are the subject of arrest warrants issued by the Democratic Republic of the Congo. On a related note, little progress was made in bringing to justice six ex-M23 members who are sought on Congolese arrest warrants for war crimes and crimes against humanity” (United Nation, 2016).

“The past six months have seen a number of electoral processes in the Great Lakes region. Elections will continue to be held in the region over the next two years, and the risk of attendant instability cannot be ruled out. Electoral processes must take place in a fair, transparent, inclusive and non-violent manner” (…)”The Democratic Republic of the Congo is entering a crucial period marked by preparations for a national dialogue ahead of upcoming general elections. I reiterate my call for any dialogue to be inclusive and enable stakeholders to discuss contentious issues in a climate of openness and mutual respect. I urge all Congolese to commit to resolving their differences through dialogue and consultations, with a view to creating the conditions for peaceful, inclusive and credible elections in an environment that provides adequate political space and in which human rights are respected. I express the full support of the United Nations for the former Prime Minister of Togo, Edem Kodjo, in his role as facilitator of the national dialogue” (United Nation, 2016).

The situation is certainly questionable with the Human Rights situation with the arrests of certain people and the troubles of the Electoral Process before the General Election in the DRC, this report is about the general security situation, with the MONUSCO and the guerrillas that the National Army of the DRC work to contain, together with the citizens who lives in the conditions that the army and peacekeepers make. That is why the army and the Congolese have to follow.

The DRC continues to struggle with FDLR and ADF-NALU, also the issue with M-23 and other aspects that make the national security situation volatile and creates the problems for the citizens while the Army and MONUSCO have missions to sustain the guerrillas and secure that the M-23 get the trial and the once that are freed and the once creating a political party, while waiting for the Nairobi Declaration to be followed by the Authorities, and also get the once with the warrants has not been returned and worked on as they did crime against humanity. That is worth thinking about, and why certain government stifle on those guerillas. Peace.

United Nation Security Council – ‘Report of the Secretary-General on the implementation of the Peace, Security and Cooperation Framework for the Democratic Republic of the Congo and the Region’ (09.03.2016)