Opposition leader Besigye have been under house-arrest since Election Day; giving more legitimacy to his cause by every moment; while the government can’t give real reason for the continued arrest! 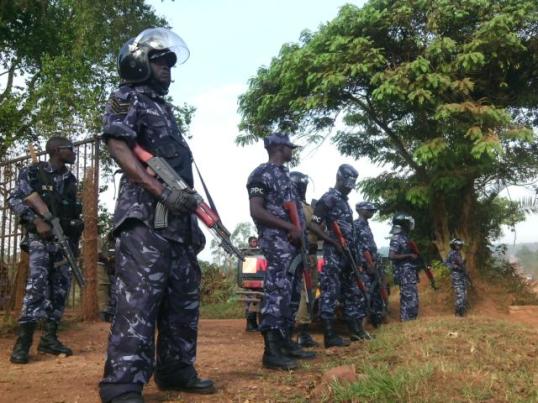 Today I am writing out of my mind, as the was reported that the MPs in Parliament wanted reasons for keeping Dr. Kizza Besigye under siege with the heavy police brigade in Kasangati, Wakiso District. Something they been up to since 18th February, not that he has not been house-arrested before, that has occurred before, just as the travels and detentions at Naggalama Police Station and Kiira Road Police Station, is seemingly normal for the Presidential Candidate. And for a Presidential Candidate the close relationship with the men of law should not be there.

In his defense he is a politician, an opposition leader and the ghost of democratic leadership in Uganda, which is big thing for the men of law in Uganda. As the Police is a useful tool of the NRM-Regime and their tireless behavior to discredit the opposition. As they have created laws to get legitimacy for their actions as they have done tirelessly for attempting to stop opposition parties from organizing themselves. This done by the most biased law ever Public Order Management Act (POMA), IGP Kale Kayihura, CP Fred Enaga and all other Police Officers knows this law better then receipt’s for G-Nut sauces.

The continuation of the House-Arrest that lasted since mid-February without any charges or warrants, other than the preventative-arrest because if he is released; the country will go into chaos and contagious violence of near Armageddon proportion. As he does not have a tank, mambas, army and militias ready to re-create the massacre of Luweero again, the issue with that is that he is a peaceful politician with peaceful agenda, also talking about a peaceful transition and government that supposed to be accountable and the be transparent. While the ruling regime uses the army to suppress the people, police-force to detain people before trial and without charges, police-force who takes and detain people human rights activists and so. So the NRM-Regime and the government institutions are the ones who use the laws and order to keep everybody under their oppressive regime, while the NRM can do as they please and the opposition get detained or arrested for trying to their political work. Because the NRM has the Executive and he runs the place, so the other just should just kneel to throne.

Well, that is not a representative government right now. That is why the public is morning. Many might not be able to home today, because they couldn’t afford not to lose their jobs or would risk it by staying home. But the boycott can be important as the public performance of the black clothes or blue clothes as a sign of solidarity. But this here is not about that, still it is important to look at. This is a reaction to the unfree and house-arrested Dr. Kizza Besigye.

He has been house-arrested since 18th February, even been back and fourth since the 15th February, when he tried to get to have a Makerere rally and was taken back from Wandegeya roundabout. Then detained and then taken home. So he has only been really out of his home, when he went to All Saints for service, he has not voted in the local elections and been a citizen for the last 22 days, or even more. As the times he has tried to go out even to shop he has been arrested and detained at Naggalama Police Station. Before the Police took him home for more house-arrest, as that is their business at the moment.

This endless house-arrest is a meager display and arrogance of the ruling party, the Executive and the security forces who is in his hands. Besigye is under house-arrest for one simple reason: Legitimacy. The word who kills Museveni right now. No matter how the court case is going. How many people getting detained to hide the actual result, how many witnesses get missing, how many documents get forged to fit the announcement of Badru Kiggundu of 20th February; as the display of the government funds used to re-elect Museveni, the way the bribery and corrupt officials given voters money to sway their minds. This here is taking the vitality of the regimes new term and tenure. As the silence on the streets and the nearly warrior speech of NRM Secretary General Justine Kasule Lumumba right after the announcement! That should be visible sign as the only ones celebrated been Uganda Media Centre, Kiira Motors Company and the paid Youths who made a tiny made up victory rally in Kampala. Certainty is that simple reason for Dr. Kizza Besigye continuation of house arrest is Legitimacy. 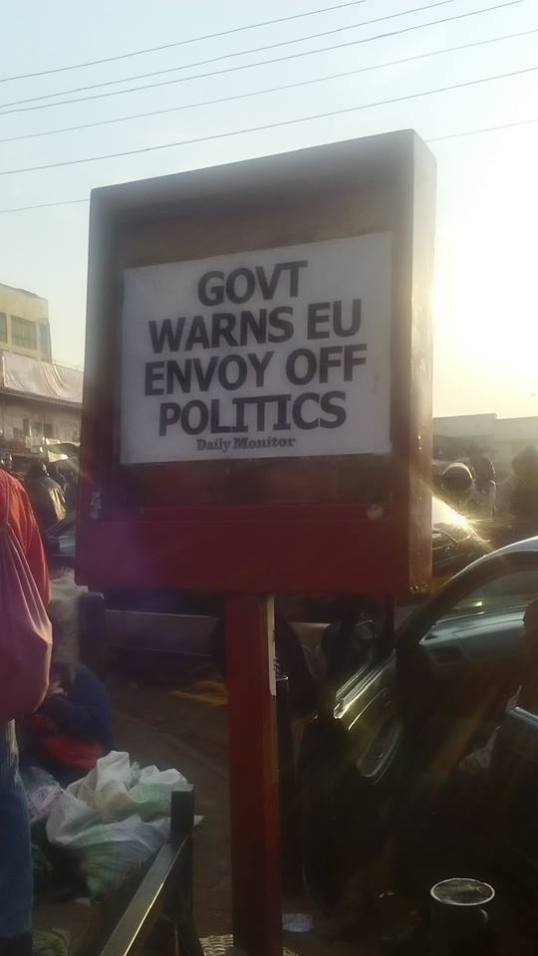 Legitimacy and legit assurance and trust come with validity of the support of your citizens and population. That you do not get with guns, arms and rigging government institutions. But that is not easy for President Museveni to see right now, as it is not “Who” but “What” for him while he talking to his best fans, instead for the cows of Mbarara.

There been demonstrations in the diaspora like in Boston, U.S. and London, U.K. but not openly in Uganda, as in Uganda the Army, Military Police and Police has been heavy deployed. The people trying to access Besigye’s home has been either sent away, stopped on one of the three main roadblocks from Kampala, or if they got close been detained the DPC Kawalya or DPC Kasangati, and then sent to Kasangati Police Station. While using around USh8m daily to make sure that the presidential candidate, so he does not make a fuzz. With 22 days detained by close calculation means the government of Uganda has spent on keeping Besigye under siege a total 22 days x 8M = 172m. And the total amount of Police Officers on the detail is 150. So the Uganda Police Force sees the pride in keeping him inside his gates and in his home in Kasangati. If not, they are wasting a lot of manpower and resources to keep him there.

That the People and Citizens have not done more can be questioned, as they really showed up at every step of his campaign trail from November until the last day before Election Day. Since then the mourning and sadness has attended the land, while the government and security forces has gone into state of emergency. As the state has deployed the army and police to intimidate the public! 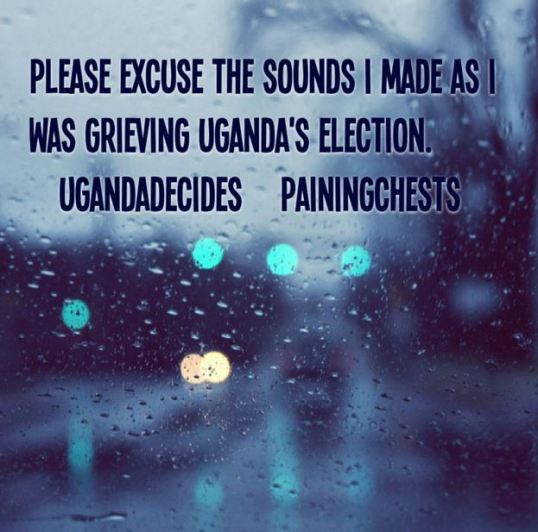 So long as Kasangati and the home of Dr. Kizza Besigye is besieged by the police under order from up-high and the Executive; as he knows what torn and scars to his reputation it is to have him around and know that he does not have support that Besigye have! That FDC could not file a petition that was why I first suspected why he was house-arrested and detained. Now over a week later and still behind the Police siege; the Police siege is so great that the Police invades the homes of his neighbor’s homes to go to the toilet, as the police officers after so long has still no mobile-toilet or anything of sanitary facilities. Therefore they have done it around the house, before the ones got fined for doing so. This proves the disregard of the public and how the people who happen to live around him now, get the issues with police. As the reports of people struggling to visit neighbors and move around the area, as the police check everybody.

With that in mind, people should know by addition to the Besigye home under siege, the people around also besieged and even “invaded” by the Police. That says how far this guy’s goes with efforts and reasons. As still days upon days an opposition leader is behind siege and not allowed to live normally because of his wish to create change and another type of government. That is the “sin” Besigye has done and why he is behind the siege. While the world is forgetting and the people seem to forget that they supported him during the pre-election period and just wanted be part of rallies, and not create the change. If not the fear of the Police and Army with their ability of create violence to citizens and detaining people. Now it is so strong that they do it because the government spread massive amounts of fear. I think is the fear and the mourning, not because they don’t believe in the change and the wish of changing government that actually represent them and not representing Museveni. As it does now!

So Uganda should #FreeTheVote #FreeBesigye and Kigwa Leero! The long staying and prolonged house-arrest does not make sense, but to validate the legitimacy of Besigye and proving as Gen. Muntu and others said it was a Coup d’état on the 20th February as the army was heavy deployed and police in the streets, not celebrating crowds for yet another term for President Museveni. Peace!