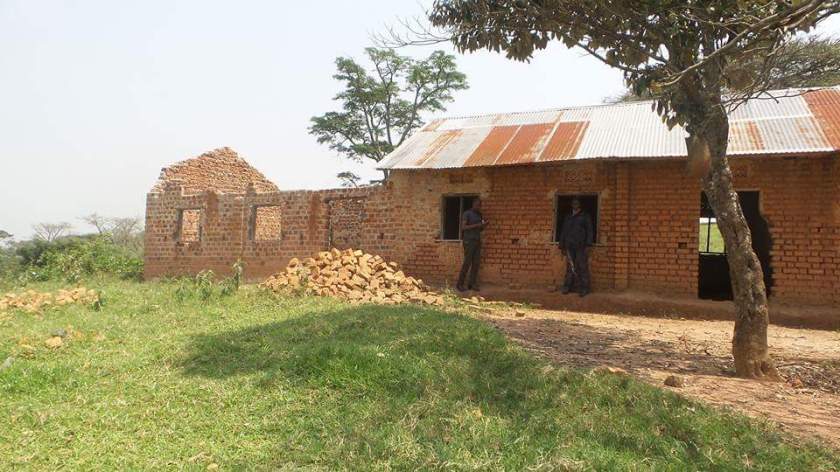 It is time again to show a campaign trail day of the FDC Campaign Convoy and Dr. Kizza Besigye, they are holding it up while the driver Fred Kato is detained and in jail. The campaign does not stop because of this. Though it is just the opposition who has to cope with that, it’s not like Mike Sebalu or Ofwono Opondo would be jailed for some nonsense, right?

Pretext to the campaign area:
“On the 6th January 2016 FDC offices in Kiruhura district were broken into by the military, the deadly illegal operation was led by an Army officer known as Major Rutakara (mrs) of Kyakabunga village, Nyakasharara sub-county, FDC materials such as Besigye Posters, T shirts, and P10 cards were confiscated” (Minbane, 06.01.2016).

Paying Boda-Boda drivers to shun the FDC rallies in Kiruhura and Ibanda:
Patrick Bitature was supposed to support men to walk around in the district to give the boda-boda drivers UGX 30k to not drive around people to the rallies in the district today. Just as they have offered before in other districts, they also used the same tactic when Go-Forward was in the area campaigning. The same strategy was used in Ibanda district where the men went around promise them a slaughtered cow if they didn’t drive people to the FDC rallies in the district. This was the promises done before the Dokita rallies in Ibanda.

Other news on opposition issues in Kiruhura district on 28th January:
A Church leader with the name of Justine Namara was thrown out of church after the congregation got to know that the leader was a supporter of Amama Mbabazi. In Kanoni town the Catholic Church Leader who was given a motorcycle by John Nasasira has been harassed by the people and the motorcycle have been withdrawn. 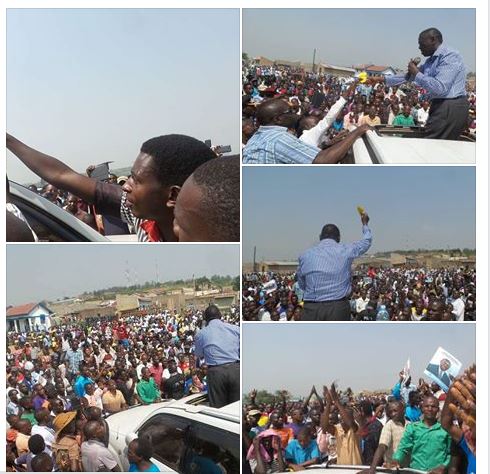 Kiruhuru district rallies didn’t start here, but he had an effective campaign rally in the town of Rushere. Where the locals even gave away NRM membership cards to the People’s President! 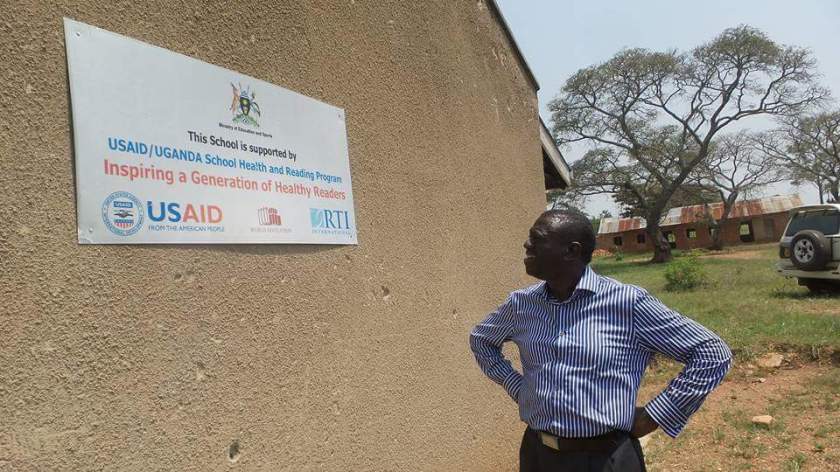 Dr. Kizza Besigye between rallies in Kiruhura and Ibanda districts he visited a Primary School in Kiruhura, who was supported by funds of USAID, and now run on the Government funds, and the pictures of the school proves the local neglect from the Local Government Council and allocation to this school. 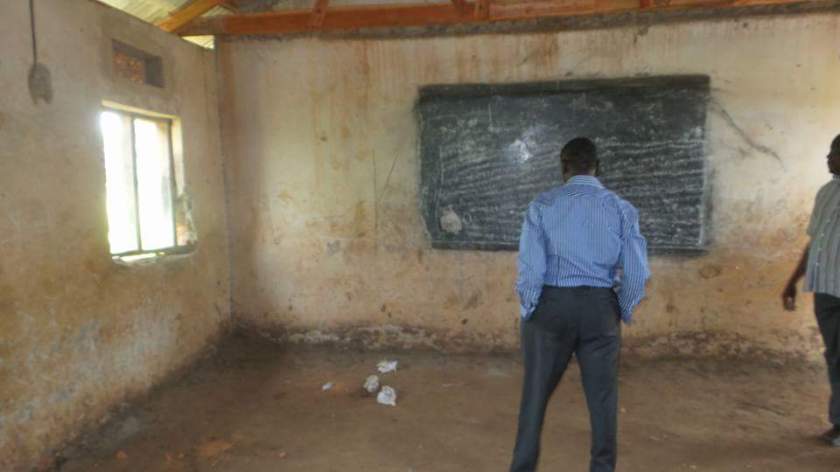 The wave of change has not spared Kazo sub-county here in Kiruhura district.
They telling Kizza Besigye at ” Kyahweire” that he shouldn’t worry. 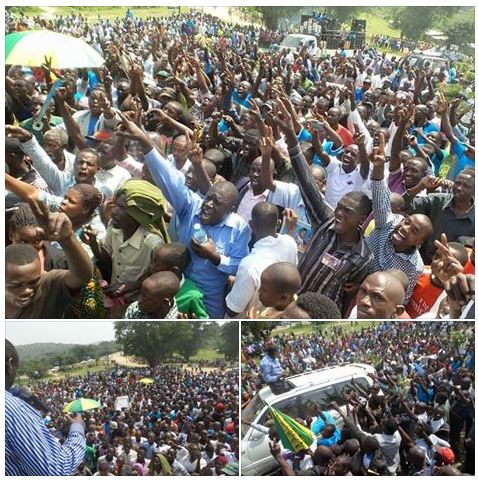 Police in Kiruhura commanded by DPC Byaruhanga has tempted to break Dr. Kizza Besigye from using a road leading him to some campaign venues claiming there is a market place; where they claim Kizza Besigye was likely to disrupt business. At Bugaruhe police was found barricaded the road using police pick up which forced Dr. Kizza Besigye to ask the why they are denying him the way. After minutes of exchange between police and FDC supporters, police later backed back and left Besigye’s convoy to proceed to the next venue. Surprisingly the place where police claimed to be the market there were no people. Meanwhile the tirn up at Besigy’s rally in Kiruhura district is overwhelming. 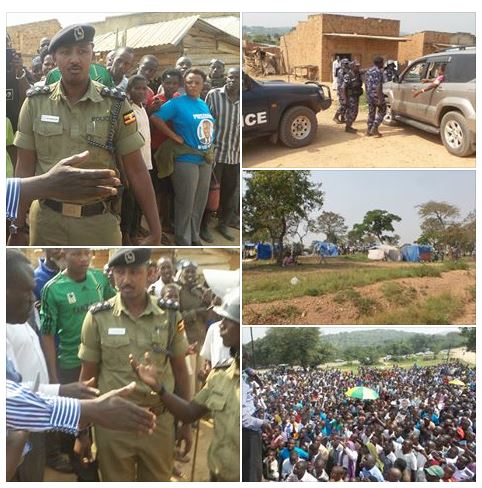 Then we see the people greeting Dr. Kizza Besigye while driving into Ibanda Town before the main rally in town! Massive show-up and turn-up for the team!

As the massive rallies in the district where coming to the end. The Calvary had to show up and show their force as they couldn’t do anything else. In Igorora where he was about to hold his last rally before heading back to Mbarara for the evening; the Police intervened and baptized the crowd in tear-gas and scattered the public who had turned up for the rally. 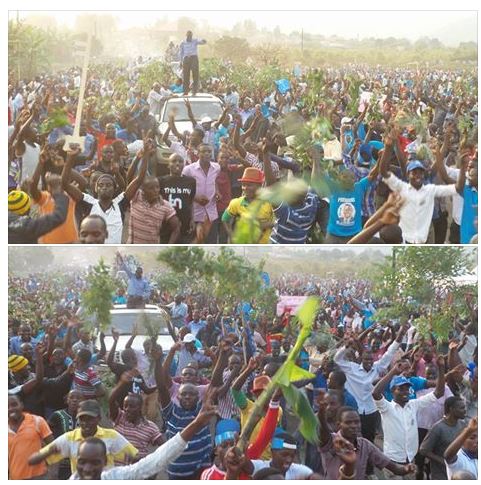 Kizza Besigye words after the rallies today:
“Kiruhura and Ibanda now better to say thank you! You made it clear to the world some of you through TV interviews like Kiruhura. And many of you through the joy and strength to sacrifice your time and resources to have us continue with this struggle we started in 2001. We thank you for the keeping the faith alive and the support. May God bless each one of you.
Kabale here we come…”