We are at strange place when it comes the 15th January and the general debate for presidential candidates in Uganda. People are throwing blame and I stand by calling Mzee a chicken-out from the debate. We all know why! He can’t spin it to his benefit and worried that he will look weak compared to the other men. His quotes will forever stay there and will be remembered, like Mzee has skipped before in 2011, 2006 and 1996. Well, let see what else been said on the issue during the day, this is starting to farce. Let me elaborate on that.

First the Presidential Candidate Hon. Amama Mbabazi said this: “There are 8 people in the race, if 2 have pulled out of the debate, then that doesn’t mean we can’t debate “. 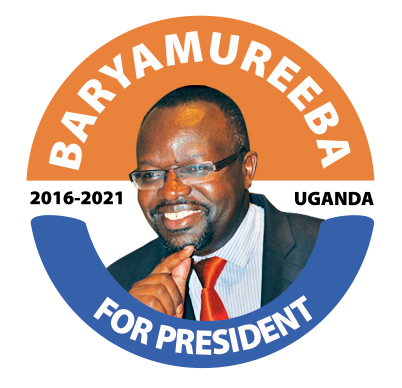 Other that has verified that they will show-up for the debate is Prof. Venansius Bayramureeba and Abed Bwanika.

Also today Dr. Kizza Besigye commented: ““So this time when I challenged Mr. Museveni to a debate, I knew that he is averse to having a direct debate- which is unfortunate because in a situation like ours where there are deep contradictions, it is important to have a direct debate so that people are able to determine the candidates’ positions and policies.” (…)”The debate should be between two opposing sides its madness of me to take a day or two off my tight schedule to meet my colleagues for a debate”.

While we yesterday got the reports from two of his men and one of his men Ofwono Opondo clarified clearly to the people that President Museveni wouldn’t show up; because he has a busy schedule and would be missed because the trouble with the travel for 6 hours to be at the Serena Hotel and wants to rather be with the people!

So Mzee has decided to alter the debate and add a new figure to represent him. Today we have the new reports the change too southpaw; so he added of the mysterious Minister without Portfolio Richard Todwong. Hon. Todwong will be his mouthpiece when necessary it’s seems in a way to cash his paycheck. In that way we have the fourth candidate which happens to be a representative for the presidency and not himself.

While the James Ogola the spokesperson for The Elders’ Forum of Uganda (TEFU), the organizer of the public debate on live TV which is to be broadcasted through all channels in Uganda from NTV cameras, he said this yesterday: “If the candidate cannot come, we shall not accept representation. That chair will remain empty”.

The TEFU statement said this on the 7th January: “During a meeting held with all the eight presidential candidates’ campaign managers and agents on January 6, at Protea Hotel Kampala, all the participants unanimously agreed that candidates have a lot to gain by personal appearance in the debates and much more to lose by non-appearance,” noted a statement that IRCU released on January 7th 2016.

With this being said and written by the TEFU then the Minister without Portfolio Todwong will not be allowed to be in the chair instead of Mzee. So Dr. Kizza Besigye can’t send Nandala Mafabi or Mugisha Muntu in his stead, though I think they rather stay on the campaign trail as well. FDC have the honor to really shun the event because the President can’t take the time all of sudden.

That Hon. Amama Mbabazi want to be there is understandable he want to gain political capital by being the one left of the giant three to actually show up. He is one of the main candidates. We all know that the Professor Barya and Bwanika would be secondary or third wheels with Amama, Kizza and Yoweri, and they all know it. Ofwono Opondo went a bit far though on Friday on radio the Capital Gang when he said: “I don’t know who you are”. This Opondo utter out the mouth while Abed Bwanika where in the studio. Even I know who he is and that he have campaigned and been a presidential candidate at-least two times before and his party hasn’t the reach yet. Still are more popular than Professor Barya. Since some of his crowds are as big as lines for airtime in the morning Mondays after a busy weekend. Not enough yet!

I wish the People’s President also just showed up even if Mzee didn’t have the guts to. Even if I understand the motive of Besigye; that Mbabazi is trying to get political capital is smart, but he still doesn’t the machine as FDC has, that is why he has tried more than twice to settle the difference between them and get him to step-down for him. That hasn’t actually worked. 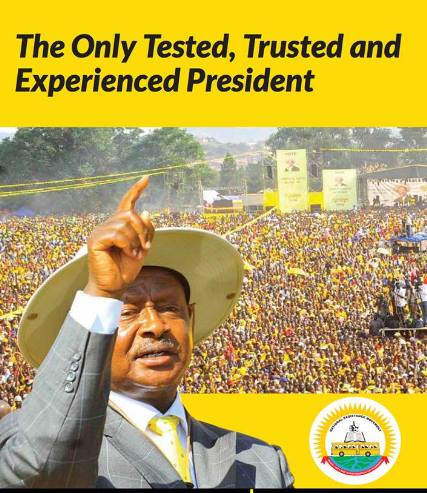 The President has already lost the battle of supremacy and it’s viable with the way this have gone, his spokesmen Opondo and the other guy the campaign manager can’t chant a tune to save this charade. Besigye get to look lost in the battle for defiance instead of being the true giant in the matter, he could be golden and righteous in a two-hour battle as well; Even if the commander in chief chickens out instead of proving that his mouth and brain moves.

So that Mbabazi and the other guys might have a ball. The debate will be powerful in its way, but without Besigye and Museveni it misses all of the top three presidential candidates. That is weak and foolish. We all know the TEFU behind it and this will make it look like they don’t have the touch to get them speaking live on TV that day. But it’s their choice and not the parties involved. TEFU is just a tool to Museveni as everything else, and Besigye don’t want to look foolish compared to his nemesis M7.

The other candidates will have the say The Independent Coalition Maureen Kyala Wamuumbe and Joseph Mabirizi will get bigger stage then normal. Just like the other rest of them. They will gladly show up to it instead of being campaigning they will capitalize on it. Besigye and Museveni thinks they earn on not showing up. Where is Gen. Benon Biraaro at this point? Or I am missing the channels where he is occupied all the space? Because nowhere spoken his mind on the matter!

The reason for why Mzee doesn’t show up doesn’t add up to his own fear for the platform and lose of creative control and editing power. Since he can shut-up and will utter some nonsense with the bush-war mentality that he thinks all Ugandans will eat up like matooki. Instead they listen and wonder why that argument where used for building roads between Masindi and Kampala. While the other candidate actually speaks proper policy or regulations on the question; the same is the actions of Mzee. Besigye would have answered properly though anti-NRM rhetoric. The same with Mbabazi who will add with the new fresh spin and also say that he wasn’t an executive power like his former chief. Well, we will not see the whole picture and live broadcast; the first time in history with all presidential candidates unless Mzee wishes to show balls and be a real presidential candidate for once. Presidential Candidates should be able to debate in public with other candidates instead of only singing their own tune on the campaign trail and rallies. Surely Mzee have checked the questions asked from media the press conference to secure him what message that comes out and have control of what is in the press, if the press doesn’t follow then he shuts them down. Like he have done with the Daily Monitor, KFM Radio and other media stations when they have gone too far with the wrong message.

Mzee can’t handle a person like me or the press who questions his authority and rule. So if he would be on a debate he would not have the ability to save his face. Besigye follows suit because he doesn’t see the other candidates as viable opposition and feels that if the incumbent president doesn’t show-up it’s the B-Team on Live-TV instead of the whole group of people. So Mbabazi is the golden kid in this because people will even blame Besigye for backing out and questions remain what it would have been with him in the mix. There is a loss that two of magnificent trio is out. You have the six candidates and one happen to be a major one that makes the tally weak. So Mzee proves yet again that he can’t or doesn’t have it in him to debate or argue for his longevity and perseverance, Besigye will not come with fighting spirit in it, we will have the usual suspect and meager attendance that doesn’t cover the spectrum from PRO-Yellow to the mellow and to the ordinary fellow. Peace.