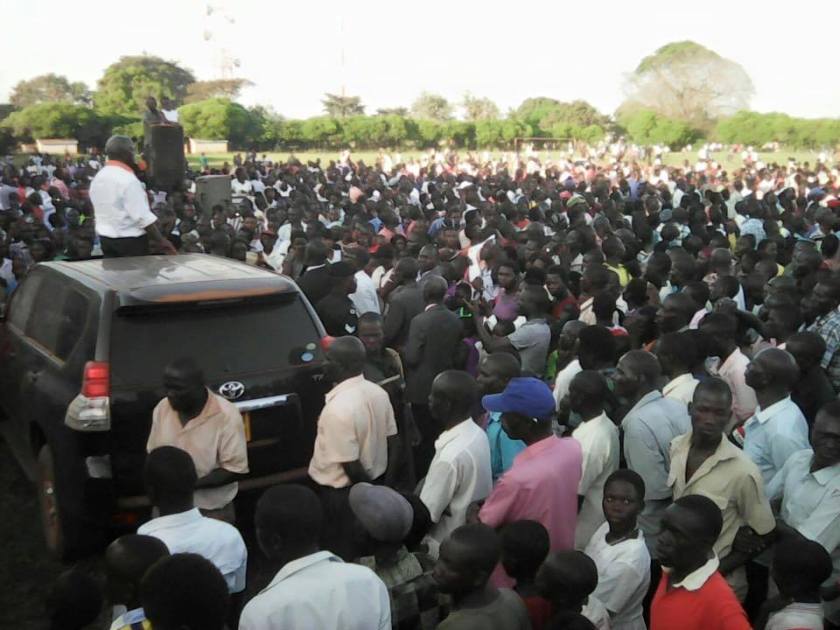 Go-Forward we’re going to have campaign rally in Apac an on Boma Ground in the town. That wasn’t the case today because the governmental forces and NRM Police force decided they we’re not fit to do so.

There is a rift between Mzee and Amama Mbabazi, and the fear that the NRM militia called the UPF is spreading in this election comes to fruition in Apac again today. They have had issues in Northern Uganda where the Police forces have been violent and aggressive. 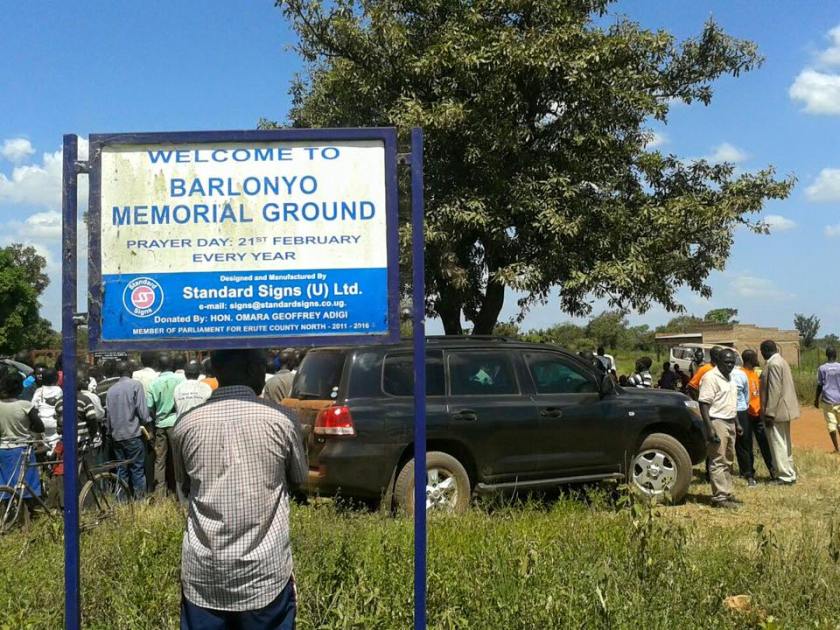 He and his Go-Forward convoy had plans to visit certain places on the way to Apac today. They we’re not allowed by the police. Amama Mbabazi was first locked out of the mass graves in Barlonyo. Later he and his convoy we’re supposed to visit the destroyed Aswa bridge, but we’re not allowed to go there either. As expected the local referral Hospital in Apac was also shut down by the local police in Apac! That must been from orders up high. 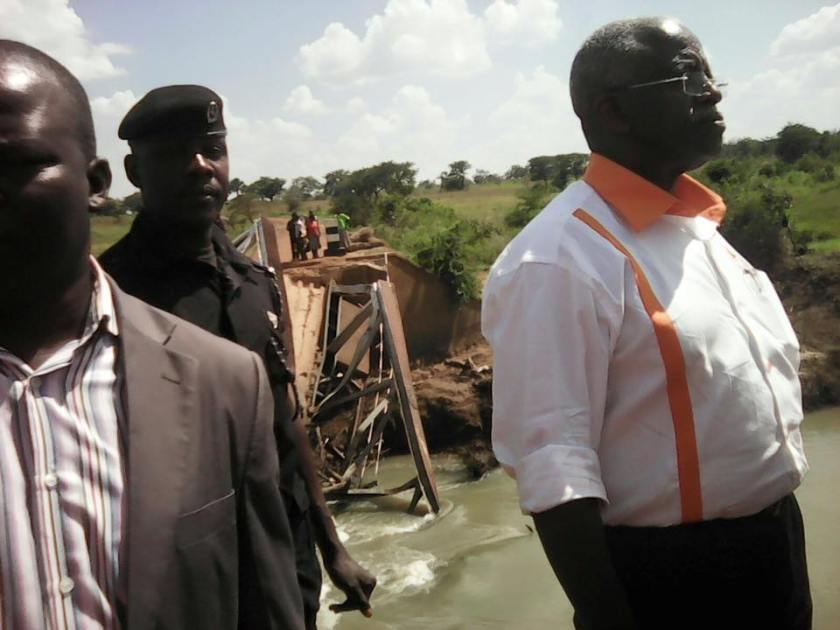 Later in the day the Go-Forward Presidential Candidate went to Boma Ground in Apac, where the Police blocked the stadium for the candidate. The Police dispersed the public before the rally. Then the Go-Forward convoy had their rally instead at Divine FM (Radio) in Apac.

Then again the Police attacks and looks like fools in the Northern Uganda. The District Police Commander Alfonse Ojangole has gotten orders to do this in his area. His leadership is direct orders and eats what IGP Gen. Kale Kayihura says, as he follows orders from up high from Mzee. That is what this is, chain-of-command! 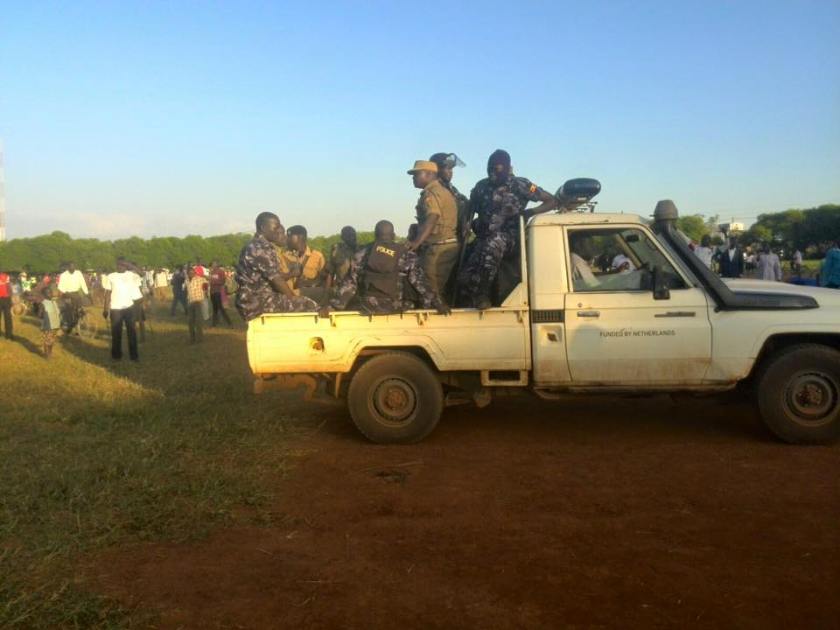 So now Amama Mbabazi, his supporters and his convoy get to feel the wrath of Mzee, as Dr. Kizza Besigye has done in the past. I am surely Amama Mbabazi have more respect for the hardships the People’s President been through, only after this short time period. But the police is still trifling and unjust, they don’t do this to Mzee, but he is the ones that give the orders and pay the Police Force. Peace. 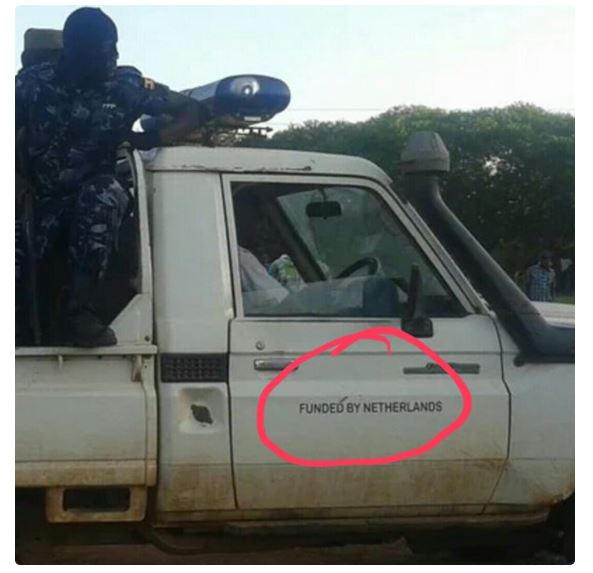 P.S: Thank you! the Government of the Netherlands to support the Apac police! So they can abolish democratic movement in Uganda and opposition presidential candidates. You be proud of your aid donation to the “democratic” NRM-Regime! Be proud! And thanks for your support!