The Papal Visit is over and KCCA can chill before trying to nibble on the fact that Erias Lukwago will start his campaign tomorrow. FDC travels to Pader today. Amama Mbabazi is suspending his campaign again. NRM, I am sure starting tomorrow. There are reports of crowds buying from them and also yet more information on the NRM Primaries(a tale that doesn’t seem to end). The Deflections from NRM continues to other parties. And not so much the other way around, if you take the exaptation of UPC-Akena to NRM. But that doesn’t count at this point. Let’s take a look!

Quote of the day:

Yoweri Kaguta Museveni: “I have no problem meeting Besigye or anyone, I am for Uganda and Africa”.

There been rumored of advance teams of NRM and Museveni in Teso Sub-region where they already spending money on the people in the area to get them to attend the NRM rallies in the area. Each Constituency in the area was delivered 20 Million shillings to achieve the numbers that the NRM wished to see at the venues and rallies.

Use of Football stars to verify the Western support for Museveni-Regime:

“Uganda Tourism Board has payed millions of dollars to Barcelona football stars to come to Uganda as tourists but in reality they are supposed to appear on Museveni’s political rallies in Central and Western regions of the country. The football stars already in Uganda include Edgar Davids, Patrick Kluivert, Louis Garcia, Simao Sabrosa and others. This is designed to give Museveni maximum world wide exposure to fool the West that Museveni is still popular in the country, and the opposition would not be in a position to scream election rigging. They are scheduled to appear with Museveni from Dec 8th through Dec. 12th”.

FDC on the Trail in Padre:

“This is the first time uganda is going to remove a president without using gun” said Dr. Kizza Besigye as he addresses a mammoth crowd in Pader Town Council

“Monday 30th November 2015 at Nakasero Market Park yard at 2:00 pm as we launch our campaign platform. The program is organised in strict compliance with the EC harmonised campaign calendar. It’s truism that transformation of Kampala into a modern metropolis befitting the pearl of Africa will always be a mirage unless we cultivate a culture of democratic and corporate governance in the way we run public institutions. It’s for that sole reason that the policy agenda we’re unveiling tomorrow revolves around institutional building, creating strong and vibrant systems of accountable governance, strategic planning and prioritisation, social justice and equity as well as building viable synergies that will engender the much desired sustainable transformation of our capital city. Come One Come All”.

“533 declared NRM parliamentary primaries’ losers have now picked forms to run as Independents. Out of these 17 are serving ministers and ministers of state, while 69 are current Members of Parliament”.

Go-Forward and Amama Mbabazi are holding talks with 44 MPs who lost their nominations and candidacy in the NRM Primaries to give them a place under the Go-Forward Group under the election in 2016.

“Dear Friends” (…)”I would like to inform you all that we will have a slight postponement of the next leg of our campaign tours. This is as a result of my travel to visit with my wife and her anticipated return this week”. 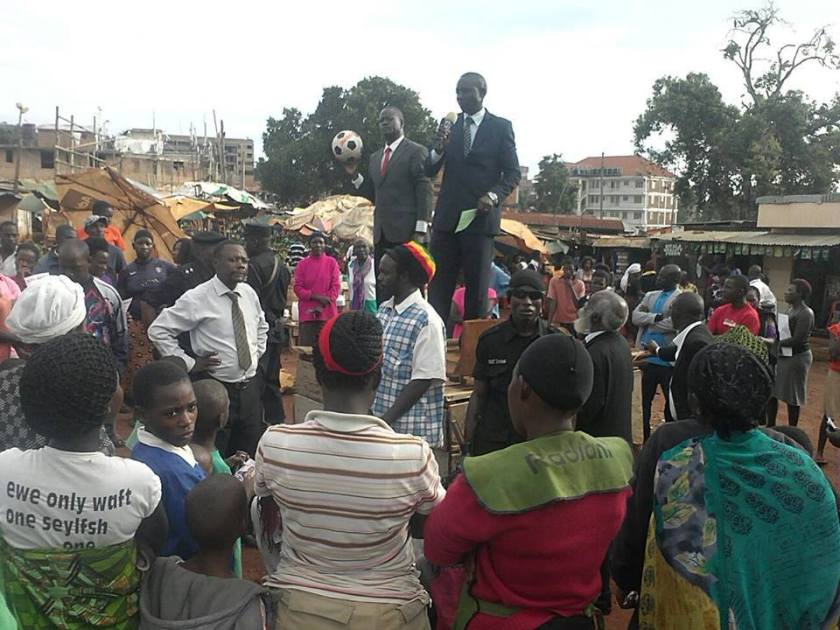 PLEASE DONATE TO THE MABIRIZI CAMPAIGN

We appreciate all the financial contributions you are making to the Mabirizi TIC Presidential Campaign. Over the weekend, we returned from Eastern Uganda over the weekend. This week till Friday, we are in Kampala divisions and will leave on Saturday for Kalangala, Masaka, Bukomansimbi, Kalungu, Sembabule and Lwengo. A team of 15 campaigners will spend 8 days and nights in the field before returning to Butambala again.

Please send your generous contributions to:

You may want to call to confirm receipt or send a separate message to the same numbers, if you did not send for your own phone.

Thank you for your support to the struggle for an better Uganda.

I think that was interesting enough for today. Peace.