Uganda – Reports on the Amama Mbabazi’s consultation meeting in Soroti; Where the UPF had an oppressive behavior and they used teargas as well.

Yet another day in the wilderness for Amama Mbabazi, the former weapon brother of Yoweri Kaguta Museveni who wishes to surpass him and become the president of the country from 2016. The reports saying even though Amama Mbabazi has sent in all the forms and letters recommended by the Electoral Commission, still the UPF harass the rally or consultation that was held on the Boma Ground.

“It gives me great pleasure to be here with you today. I have come here on a consultative tour because I have a dream of becoming a president of this country” (…)”Kaguta Museveni has served us as a country and we as NRM have done well for the last 30 years but you see you still have some serious problems like poor education, poor roads, hospitals and land grabbing” (…)”Some people are saying that I have never visited the Sebei region but this is the first area I visited after we captured power in 1986 and the whole stretch is a food basket. You have the capacity to grow enough wheat to meet the demand of Uganda but because of roads you cannot” (Kay, 2015). 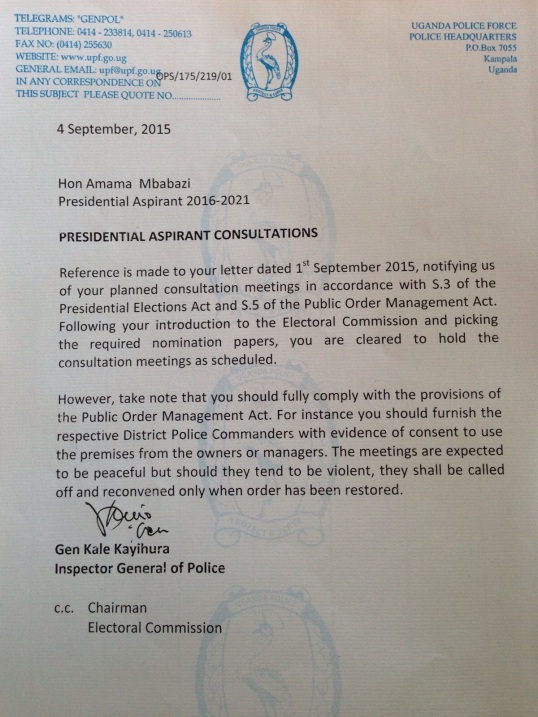 The Secretary of the Electoral Commission Sam Rwakojo says: “Presidential aspirant can only hold consultative meetings but not public rallies” (…)”so what Amama Mbabazi is doing wrong” (…)”We advice presidential aspirants to carry out nation-wide consultations as provided by law not campaigning at rallies” (Insider, 2015). 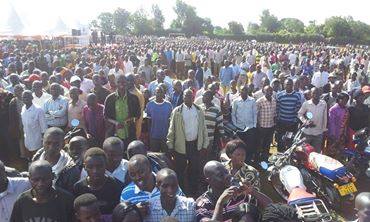 “Angry residents did not only pull down President Museveni’s campaign posters off buildings and poles along Soroti streets but also dared security operatives in running battles following Police’s disruption of Amama Mbabazi’s rally today” (…)”Police was able to disperse the residents from the Sports Ground, they started pelting the officers with stones. The residents later regrouped and managed to cut off a team of about 30 Police officers at Soroti Sports Grounds and threatened to lynch them. The officers pleaded for their lives saying they were only following orders from above” (Kisakye, 2015). 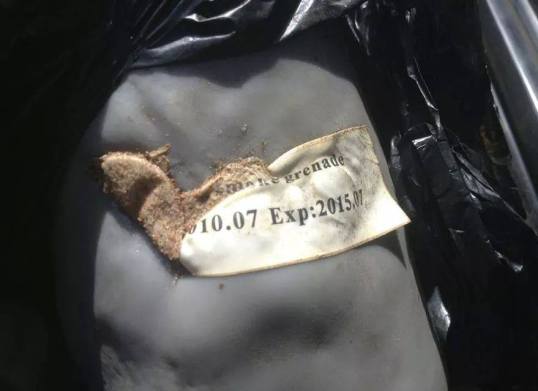 The teargas arrived. Even if it is out of date!

Reason given by Gen. Kale Kayihura:

“Huge numbers on the independence grounds (Soroti public gardens) will destroy the grass, which will cost the municipal spent large sums of money to grow”.

Fred Enage the Police Spokesman to the New Vision via Soundcloud reports today:

“The respective territorial commanders edicted and other DPCs to ensure that to police the numbers that are actually involved. If there are a hundred, if there are a thousand. What is important is that the venues are efficient to accommodate the supporters who are going to be consulted. Is it a clear place? Does it have the consent of the owner of the venue? If it is outside a town hall then we have to assure that it have time-limits to 7 am to 7 pm. If it is within the town hall then its continues” (Nsuguba, 2015).

Kay, Julius – ‘I have a dream of becoming president—Mbabazi’ (09.09.2015) link: http://crooze.info/i-have-a-dream-of-becoming-president-mbabazi/